Over the course of its storied 75-year history, Stainless has designed, fabricated, erected, and maintained more than 7,500 towers in over 100 countries, including over half of the broadcast towers standing in the United States today. And in constantly striving to achieve the highest levels of quality and safety, Stainless is proud to have been cited by current customers as the “gold standard” for tower service companies. 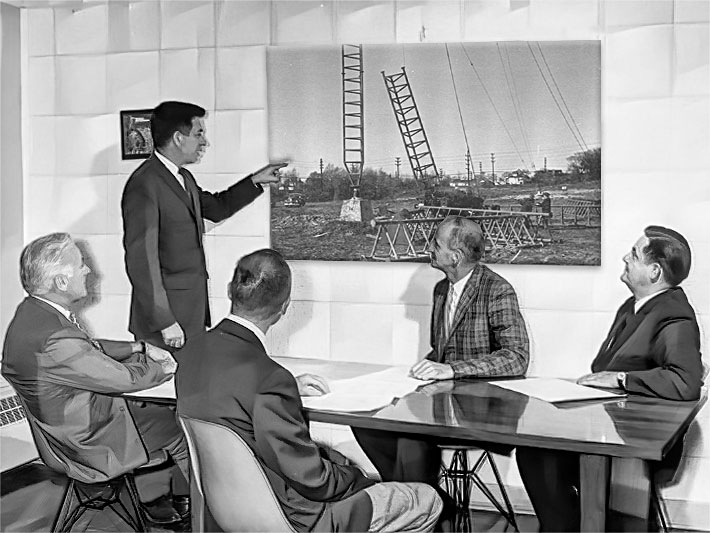 In the 1950s, Stainless assisted the U.S. Government with establishing an early warning network system to detect launched missiles. In the 1960s, Stainless pioneered the design and erection of 2,000′ tall towers and would go on to build many of these staggeringly tall towers throughout the ensuing decades. In the 1990s, Stainless helped the nation’s broadcasters begin the complex process of converting all analog signals to digital transmissions. And in the late 2010s and early 2020s, Stainless was a major player in helping the broadcast industry respond to the Federal Communications Commission’s challenging spectrum repack initiative. 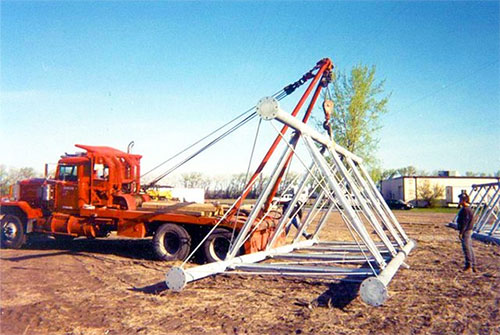 In 1965, Stainless designed and fabricated a 2,060-foot tower for KXJB TV in Fargo, ND. The tower has fallen twice and was rebuilt each time by Stainless. The first collapse occurred in 1968 when a Marine helicopter severed guy wires. The second collapse occurred in 1997 after the tower accumulated at least four inches of ice and was subjected to wind gusts of 70 miles per hour. Today, this tower is recorded as the fifth-tallest structure in the world.

In 1999 Stainless was purchased by SpectraSite Communications. In 2004, Don Doty and Pat Moore acquired Stainless, returning the company to being a privately-owned tower fabricator. In 2015, Doty and Moore sold Stainless to FDH with Moore departing FDH in 2019 and Doty leaving in May. Both industry leaders are now with Broadcast Construction Solutions, LLC

Stainless played an early and leading role in advocating for the establishment of previously non-existent safety and training standards for the tower industry.

Today, Stainless is an active member of NATE: The Communications Infrastructure Contractors Association, National Wireless Safety Alliance, Texas Association of Broadcasters and National Association of Broadcasters, as well as many other important industry associations. Stainless experts are called upon frequently to contribute to industry publications and to serve on the committees that develop certification programs and standards for steel tower workers.

“Commemorating a successful seventy-five years is a substantial milestone that few companies get to celebrate. The achievements and opportunities Stainless has experienced are truly remarkable. It goes without saying that its success is attributed to dedicated, passionate, and professional employees along with important Stainless partners. Their hard work and pioneering spirit throughout Stainless’ long history has enabled all of us to have access to the information, connection, and public safety we rely on daily,” said Gregg Fehrman, P.E., Vice President of Broadcast Services