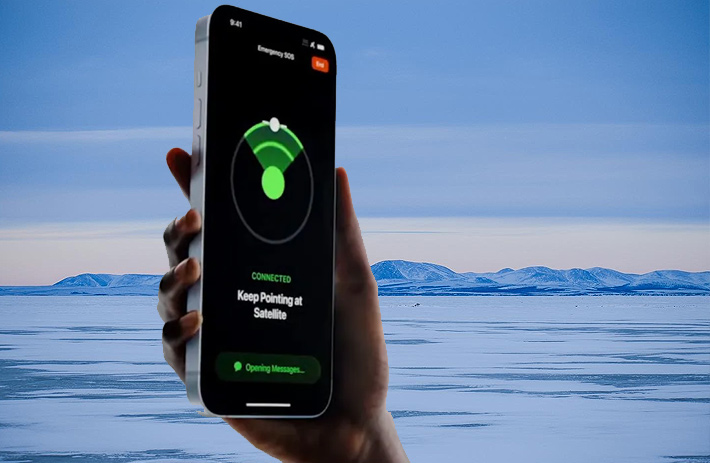 A snowmobiler was rescued by using his Apple satellite app when he got stranded in Alaska while traveling from Noorvik to Kotzebue, pictured in the background.

In what might be the first reported use of Apple’s Emergency SOS via Satellite, a snowmobiler in Alaska was successfully rescued when he became stranded in an isolated area – a location that Apple wasn’t sure if they could provide connectivity to a satellite.

The State of Alaska Department of Public Safety provided a brief report:

On December 1, 2022, at around 2:00 am, the Alaska State Troopers were notified that an adult male traveling via snowmachine from Noorvik to Kotzebue had activated an Apple iPhone Emergency SOS via satellite on his iPhone after becoming stranded.

The adult male was located and transported to Kotzebue by the volunteer search team. There were no injuries reported to Troopers.

Troopers who helped with the rescue were “impressed with the accuracy and completeness of information included in the initial alert,” with the Emergency SOS via Satellite feature designed to ask several questions ahead of when an alert is sent out to expedite rescue missions, MacRumors reported.

The site also noted that Apple says that satellite connectivity might not work in places above 62° latitude, such as northern parts of Canada and Alaska, and Noorvik and Kotzebue are close to 69° latitude.