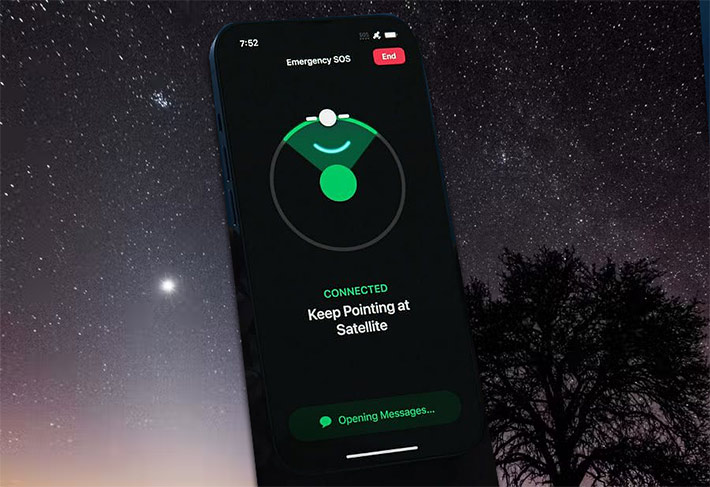 Apple unveiled its new iPhone 14 devices yesterday, promoting a new emergency service via satellite feature starting in November that enables the phones to connect and send messages when the devices are in areas with no cell phone coverage.

The emergency service hardware requirements are built into all iPhone 14s sold worldwide, although the service will currently only be available in the United States and Canada.

The service is free for the first two years, Apple said in a press release.

The new phones will connect to Globalstar’s satellites through its 2.4GHz S-band spectrum. In an SEC filing yesterday, Globalstar said they would allocate 85% of their current and future network capacity to support the services.

With the new antennas capable of connecting directly to a satellite, users can send messages to emergency services if they are outside of cell towers or Wi-Fi coverage areas.

The service comes with a few vital questions that assess the user’s situation and shows them where to point their phone to connect to a satellite.

The responses and other follow-up messages are relayed to centers staffed by Apple-trained specialists, who call for help on the user’s behalf.  Once connected, the iPhone 14 automatically sends your answers, location, medical ID, if set up, and battery level to a dispatcher.

Vacationers in the US and Canada looking to hike, climb or camp outside of a service area can make use of this feature.

Apple says it can take less than 15 seconds to send a message with a clear view of the sky. The interface guides users to point their phone in the right direction and walks them through the steps to connect with emergency service providers.

Another feature is the phone can detect a severe car crash, then call 911 and notify your emergency contacts.