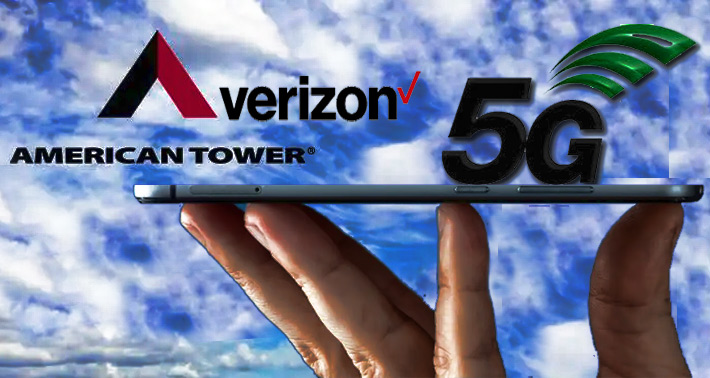 Over 11,000 towers being offered to Verizon in the lease agreement are still owned by the carrier, but American Tower has the option of purchasing them in 2045 at fair market value

American Tower Corporation and Verizon Communications Inc. (NYSE, Nasdaq: VZ) announced today that they have signed a new overarching lease agreement, facilitating Verizon’s on-going 5G network deployment across American Tower’s extensive U.S. portfolio of communications sites, with over 11,000 of them on Verizon towers that American Tower acquired the rights in 2015 to lease and operate through 2045.

The agreement provides a simplified and efficient leasing process through a contractual framework that will drive mutual growth and value over a multi-year period, bot parties said in a statement.

“This agreement represents another key milestone and an extension of our decades-long strategic partnership with Verizon,” said Steve Vondran, President – U.S. Tower Division, American Tower Corporation. “We look forward to supporting Verizon as they continue their accelerated and efficient 5G network build-out by utilizing our distributed nationwide portfolio of high-quality communications sites.”

“Verizon continues to build and run the networks that drive innovation, digitization and technological advancements that are changing our world. Efficient, long-term strategic partnerships with our vendors are critical to continue advancing the industry forward, and providing the network our customers have come to rely on,” said Heidi Hemmer, Senior Vice President of Engineering at Verizon.

In 2015, American tower acquired the rights to approximately 11,324 towers and the purchase of approximately 165 additional towers from Verizon Communications, Inc. for $5.056 billion. Under the agreement, American Tower obtained the exclusive right to lease and operate the Verizon towers for a weighted average term of approximately 28 years. In addition, American Tower will have fixed price purchase options to acquire the towers based on their anticipated fair market values at the end of the lease terms.