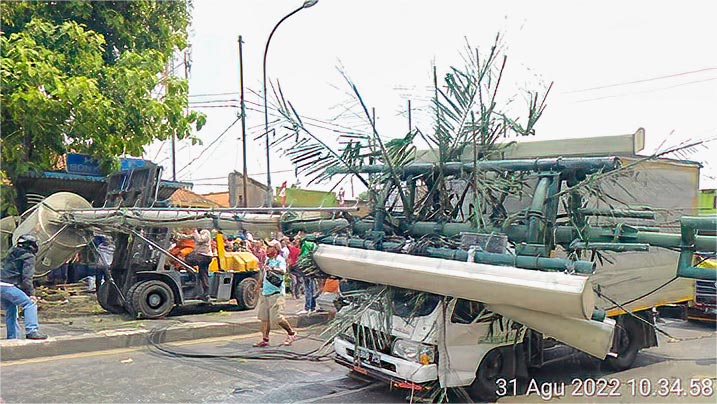 Although the U.S. and many other countries have had towers that were toppled by trucks or motor vehicles, this morning’s incident involving ten deaths appears to be the highest fatality count known. Photo: Jakarta Metropolitan Police

Police say at least ten people, including seven children, were killed in Bekasi on the outskirts of Jakarta, Indonesia, this morning after a truck crashed into a telecommunications tower near a bus stop and toppled the structure in a busy area where school children were on the street during a morning recess.

The children’s ages ranged from 7 to 11 years old. 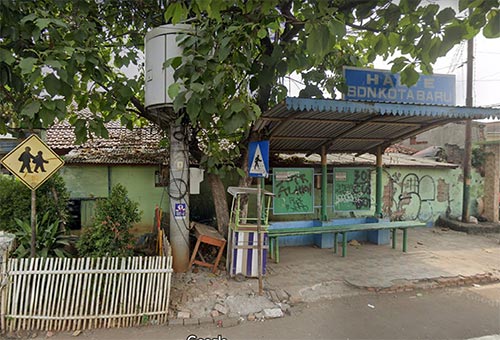 The truck toppled the tower that fell across the street. Photo: Wireless Estimator Google Maps screenshot.

Police state that an additional 20 people were injured, many of them children.

The structure, which was near an elementary school, was not within the school’s compound,

Images from the scene showed the communications tower had fallen across the road outside the school’s gates and crashed into the bus stop on the sidewalk.

It also fell on top of a truck’s cab, reportedly killing the driver.

Authorities have not identified how many fatalities were caused by the falling structure versus those deaths that might have been caused by the truck.

The truck driver survived the crash and is now in police custody. Police have not yet determined the cause of the crash, but early signs suggest that the truck experienced brake failure.