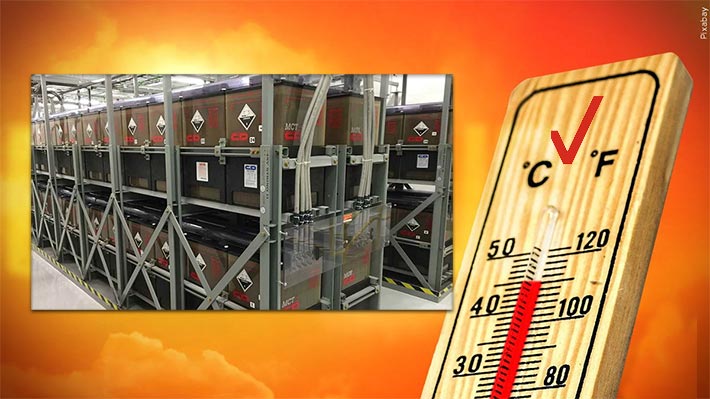 Verizon will help ease the strain on the California energy grid by taking its network switches off commercial power, raising the temperature in stores, and reducing HVAC usage. The carrier did not address if it had electrical vehicles that would be sidelined.

Verizon is taking extraordinary steps to help prevent rolling blackouts in California as temperatures rise to extreme levels this week.

The carrier said in a statement the following actions will provide meaningful relief to reduce the impact on the state’s power resources while minimizing the risk to their customers and employees.

In a rare move, during today’s Flex Alert from 4:00 – 9:00 p.m. PT, Verizon will take six of its California mobile switching centers off commercial power and run those facilities on permanent backup generators, which are typically used only in case of network emergencies.

Verizon engineers will be on site at each of the CA switch locations during the Flex Alert period to closely monitor and react as necessary in order to keep the network safe and reliable for customers and first responders.

It is unknown if Verizon has electrical vehicles that it will not charge during the Flex hours.  Last year, GM’s commercial electric vehicle business BrightDrop said it would be supplying Verizon with a midsize commercial van.

Verizon has heavily promoted its ability to manage electric vehicle fleets with its tracking technology. In April, Verizon Connect and Sawatch Labs announced a partnership to help fleets plan their electric vehicle strategies, “leaving nothing to chance”.

Last month, the California Air Resources Board established a rule that by 2035, 100% of new cars and light trucks sold in the State must be electric vehicles. However, critics of the plan question how an already strained electrical grid can support electric vehicle chargers.

Throughout the year, Verizon prepares comprehensive disaster recovery plans to test emergency generators and backup batteries to keep the network online in the event of a power outage.

By proactively running the switches on backup power during the Flex Alert period today, Verizon hopes to free up power resources so residents and businesses can stay connected to essential services.

In addition, through September 12, Verizon will be raising the temperature in all of its California retail stores statewide, reducing the total HVAC usage by one hour, and lowering shades.