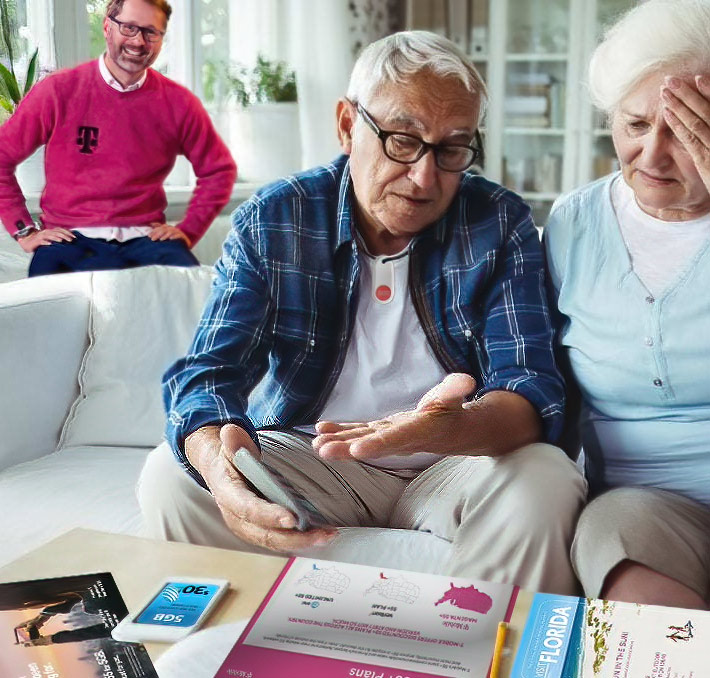 When carriers are concerned that their competitors have misleading ads, the normal way to resolve it is to file a complaint with the National Advertising Review Board.

However, AT&T is suing T-Mobile in Texas’s Eastern District Court, accusing the Uncarrier of uncaring about accuracy and publishing false advertising. They’re demanding that they are awarded T-Mobile’s profits earned through its advertising and other relief.

More importantly, they want the court to issue an immediate preliminary and permanent injunction of “T-Mobile’s ongoing false advertising campaign.”

T-Mobile recently launched its “Verizon and AT&T Ban Senior Discounts” campaign that promoted their BannedSeniors.com website, which claims “92 percent of seniors in the US can’t get a wireless discount from Verizon and AT&T because they don’t live in Florida.

AT&T’s complaint, available here, said, “These claims are literally false. AT&T has not ‘banned’ seniors from getting discounted wireless service outside the state of Florida. To the contrary, AT&T offers discount programs that are available in every state to customers over the age of 55. For instance, AT&T offers and markets a discount program in partnership with the AARP.”

The carrier also states that the website also displays a graphic of comparative maps conveying the false message that Florida is the only state in which AT&T customers over 55 can receive discounted wireless service.

“Contrary to this false claim, customers over 55 can receive discounted wireless service from AT&T in all 50 states through AT&T’s AARP discount program,” AT&T said in the lawsuit.