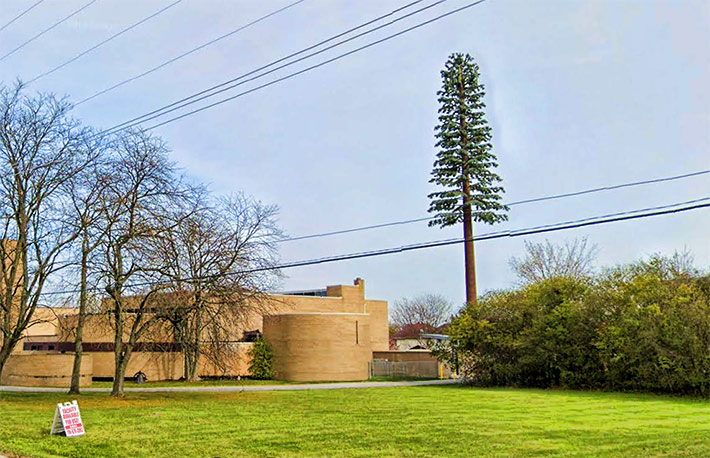 A 21-year-old tower technician, employed by Windy City Tower Techs, LLC was fatality injured while working on this SBA Communications monopine. OSHA conducted a comprehensive investigation into the incident and Windy City agreed to accept only one non-serious citation that had nothing to do with the accident and occurred more than two weeks earlier.

The federal Occupational Safety and Health Administration (“OSHA”) conducted a comprehensive investigation into the incident. Importantly, OSHA found no violations relating to the fatal accident. During its inspection, OSHA learned that the employee was not adhering to the Windy City policy or industry standard of using his fall protection equipment to be tied off at all times. Windy City had strict fall protection policies in place, fully trained its employees on those policies, supervised its employees for violations of its fall protection policies and enforced its zero tolerance policies. OSHA issued no citations relating to the employee’s failure to tie off on the date of the accident.

During teleconferences regarding the resolution of the inspection, OSHA was complimentary of Windy City’s processes, procedures, and knowledge of the OSHA standards, ANSI standards, and industry practices. Windy City agreed to partner with local OSHA area directors and officers at their facility that has a training tower, to better educate them on the industry standards, safety practices and procedures.

As part of the settlement agreement, OSHA will be reviewing monthly third party audits performed by a highly qualified team employed by Safety Check a Minooka IL based safety consultant, These audits will be sent to the OSHA area director monthly for one year. Safety Check will also provide enhanced written procedures to Windy City and retrain Windy City employees on aerial lift use. Documentation of that retraining will be provided to OSHA.

Although Windy City employees are trained and have certification to safely and properly operate a manlift (MWEP), they are going to adhere to OSHA’s demand of retraining and take it one step further and change any current training completed online to in-person real life scenarios with the equipment pertaining to the training.

Windy City was happy to have the investigation of this tragic incident resolved with no findings of fault by the Company.  Windy City President Brian Szubinski said, “I truly appreciate the assistance of Mark Lies and Adam Young of Seyfarth Shaw LLP, who helped me achieve this favorable result.”