On May 24, 1844, Samuel Morse dispatched an experimental telegraph message from the U.S. Capitol to Alfred Vail at a railroad station in Baltimore, Md. The message – “What hath God wrought?” – was telegraphed back to the Capitol a moment later by Vail. 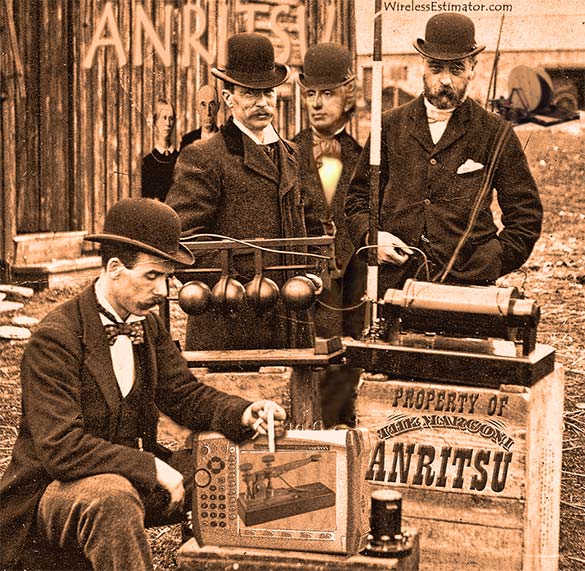 It only took a small amount of saliva to delay Samuel Morse’s (standing, center) plans to provide a national telegraph network, but it helped to propel Anritsu to its current status as a global provider of test equipment.

Unfortunately, members of Congress witnessing the event began drooling over the opportunity to heavily tax the new invention, and their saliva short-circuited the telegraph key which ended up sending the message: “What hath God bought?”

The Madisonian charged in an editorial that the message was “a blasphemous vituperation unworthy of reflection,” but its flashy competitor, The Alexandria Gazette, seized the opportunity to increase its flagging circulation by asking its readers who weren’t offended by the idea that God might buy something, especially if it was on sale, and in 144 pt. wood caps printed: “WHAT HATH GOD BOUGHT?”, offering a prize for the most “prospective celestial redemption”.

Although the newspaper was showered with thousands of suggestions such as pleated Khakis, a team-building ark, and products that weren’t even invented yet such as Bakelite nativity scene figurines, the winner was: He bought off President John Tyler whose Attorney General was actively seeking to break God up into smaller deities.

AG John Nelson said that God had a stranglehold on religion, and if there were more divinities, Americans would see less theological throttling and quicker prayer response speeds.

However, after a handsome donation was made to the Whig party, Tyler quickly altered his U.S. Attorney General’s position, stating, “If you like God’s plan, you can keep God’s plan.” 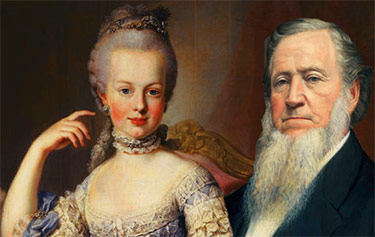 The new test equipment ensured that luminaries like Marie Antoinette and Brigham Young wouldn’t have their statements misquoted on the new electromagnetic highway. Had Young told young men to incorrectly head East, they would have been chased by the Five Points Gang, Dead Rabbits, Daybreak Boys, Bowery Boys and other gangs to as far West as Utah.

Anritsu saves the world from similar situations and gets a leg up
Following their initial test, Morse and Vail’s idea of connecting the nation with the new telecommunications system moved at glacial speeds due to investors’ concerns about the accuracy of the transmissions that could mistakenly have Brigham Young telling folks to go East or Marie Antoinette aloofly telling peasants to eat something phallic during a famine.

“In all dear earnest,” Morse told The New York Knickerbocker in 1845, “I can cognize why Mr. Bell would not want to invest in this inventiveness knowing that he could have his buttocks bitten by some bottom-feeding barrister.”

Anritsu, a startup company working out of a South Bronx, N.Y. basement, decided to diversify as they were buying up leases from underneath Morse’s telegraph poles, and assembled the country’s brightest electromagnetic engineers to design and manufacture revolutionary test equipment that would ensure that the keypad, stylus, electromagnet and lever were functioning properly, and the operator would always be prevented from accidentally ending a sentence with a preposition.

“It was what America needed to take the lead in building out the world’s communications networks, and we’re proud to have provided that assistance,” Anritsu archivist Walter T. Wittlinger told Wireless Estimator.

“When the first prototype was introduced it had to have a strong, but texturally pleasing lightweight wood carrying case. We knew immediately that Pennsylvania Dutch settlers would fill that production need for two reasons. First, they brought with them superior crafts and woodworking skills; secondly, at some point the company thought that they might benefit from hiring minority companies.

“They had a little extra space on the front of the carrying cabinet and decorated it with miniature Pennsylvania Dutch barn signs and minimalistic wood reliefs.

“It caught on, and today with every new unit of sophisticated network test equipment we introduce to the industry we try to maintain that iconic look by modeling our buttons in the same positions,” said Wittlinger. 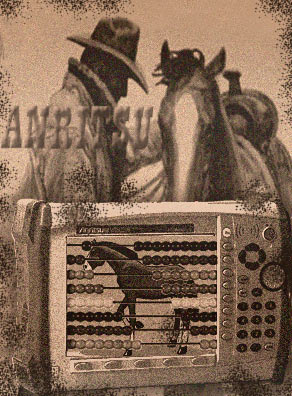 The only known existing Pony Identification Metrics (PIM) tester was assessed to be worth $342,000 at an Antiques Roadshow program in 2012. The owner, a 54-year-old normally reserved British woman who found it in her late aunt’s Devonshire cottage, exclaimed after learning its appraised value, “Well, that’s quite good. Yes, thank you.”

Betting on the ponies crippled Q4 1861 cash flow
Using fourth generation abacus-based technology, Anritsu introduced its new line of test equipment on April 1, 1860 that would accurately compute the weight of the saddle, rider and mail pouches for the Pony Express so that the horses could gallop 10 to 15 miles without tiring along the 2,000-mile route from St. Joseph, Mo. to Sacramento, Calif.

Anritsu’s business model made sense, 184 stations, 80 riders and between 400 and 500 horses; plus inside knowledge that this broad plan was going to be expanded throughout the nation with federal funding.

Neither Anritsu nor Pony Express executives could anticipate the looming dangers such as Uber horses, Zip-line infrastructures and the Civil War, and the Pony Express ceased operations within six months.

“That cut deeply into revenues,” said Wittlinger. “They had to restate their earnings because they had already booked $167,000 for an additional month’s calibration fees.”