Accidental dialing, commonly called “butt-dials” are a growing concern for emergency services dispatchers, a newly released Google report states, and the company is helping San Francisco to get to the bottom of the 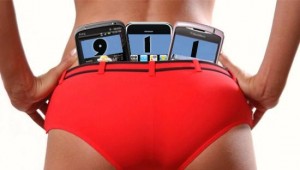 The San Francisco Department of Emergency Management (DEM) found a dramatic spike of 28% in 2014 of 911 calls and Google worked with the city to better understand the problem as part of a social outreach program.

In one sample of 197 calls made, 30% were discovered to be butt-dials.

Dispatchers called back 88% of the calls with the process taking between five seconds and two and a half minutes.

Of landline calls, 37% were said to be accidental dials. These, nevertheless, are dealt with much more quickly by the dispatchers.

However, it’s not just endemic to San Francisco, and the report identifies that it is a major challenge for 911 call centers.

Thirty-nine percent of the dispatchers surveyed said that cell phone butt-dials were the biggest problem they faced.

Google’s researchers said that in many cases San Francisco’s dispatchers didn’t note the butt-dials because they were too busy, so the true scale of the issue in that city remains unclear.

While the full scope of the problem is unknown, the report notes that the FCC reported that roughly 70% of 911 calls at New York City’s PSAPs are made by wireless devices, and that at least 50% or more are the result of pocket dialing.

The Google report also identified numerous reasons why there was a considerable increase in 911 calls such as an increase in crime, multiple calls regarding the same incident, and an increase of reports regarding homeless people.

“This is a huge waste of resources, raises the cost of providing 911 services, depletes PSAP morale, and increases the risk that legitimate 9-11 calls – and first responders – will be delayed,” he said.