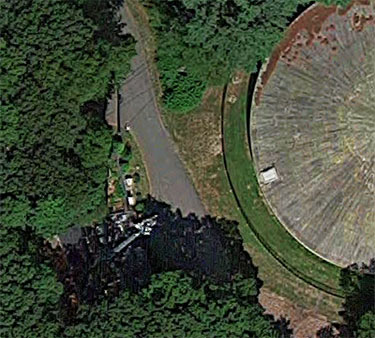 This 179-foot monopole in Wayland, Mass., is one of the 32 towers that the court said must be returned to the bankruptcy trustee.

A court decision requiring the owners of tower consolidator Horizon Towers of Marblehead, Mass. to have 32 of their towers “liquidated and distributed or otherwise used to satisfy the creditors of debtor Eastern Towers, Inc.,” also awarded Timberline Construction of Canton double its owed $264,774 for new site builds due to an unfair or deceptive act.

The open market will decide the value of the 32 structures once the company’s book is available to prospective buyers, but one broker informed Wireless Estimator that many of them have been around for a while and presuming each of the structures had tenants, they might be worth well in excess of $500,000 each given their desirable locations.

The court also declared that former Eastern Towers minority shareholder and employee John W. Strachan will be awarded $141,346 for his loss of salary and be provided with a 25% equity interest in Eastern Towers, a former company owned by Horizon Towers’ principals.

In November 2001, Strachan, who had been let go by American Tower Corporation during the company’s massive downsizing efforts, and Matthew Sanford saw the need to build an independent tower development business.

“They had little experience operating a business, and did not have substantial financial resources or access to capital,” U.S. District Court Judge F. Dennis Saylor IV wrote in his 205-page ruling.

Both men met with Edward T. “Ted” Moore, a real estate developer with a J.D. and MBA from Harvard who was already entrenched in the tower business since he owned one in Marblehead. Moore then brought in entrepreneur Lawrence Rosenfeld.

Short of cash, two owners worked for free
They formed “Eastern Towers” with all four men having equal ownership, according to court documents.

Cash strapped Sanford and Strachan said they would work for free for six months and contribute the rights they had already acquired for a tower in Beverly. Moore and Rosenfeld ponied up $520,000 for seed money.

Unbeknownst to Sanford and Strachan, Moore and Rosenfeld were creating a new entity, Eastern Towers LLC.

Then Moore and Rosenfeld informed Sanford and Strachan that they wanted to change the business ownership to a 60-40 split because they were doing “more work than they had originally planned.”

Without legal advice, and since Eastern Towers, Inc. was running out of cash, Sanford and Strachan agreed. They also believed that Moore’s plan to have his and Rosenfeld’s company, Glover Property Management, Inc. purchase the towers on behalf of Eastern Properties would allow them to raise cash.

Judge Saylor said the tower purchase agreement bound Eastern Towers to sell to Eastern Properties any towers it had acquired at an amount “less than half their fair market value,” while provisions that might appear to be favorable to Eastern Towers, including rights to repurchase towers and receive commissions, were “essentially worthless,” given their difficult terms.

In December 2003, a Wayland landlord wanted to terminate a recently signed lease and sent a letter to Strachan to terminate the agreement, but the issue was later resolved. However, Strachan didn’t make the letter immediately available to Moore and Rosenfeld and they used the incident as a reason to terminate Strachan on February 26, 2004.

Seven tower sites in development sold for $50,000
However, Judge Saylor wrote that the “principal reason that Moore and Rosenfeld terminated Strachan was to freeze him out of the business, in order to remove a troublesome minority shareholder and permit them to assert greater control over the affairs of the business and reap a greater share of the rewards.”

Eastern Towers, LLC sold the seven tower sites in development to Moore and Rosenfeld’s newly formed Horizon Towers for $50,000. The payment check, however, was made payable to Eastern Towers, Inc.

The Wayland tower site, one of the seven, was considered by Sanford to be the potential crown jewel in the business, as a virtual-monopoly tower with coverage over some of metropolitan Boston’s wealthiest suburbs.

Contractor strung along with false promises
During the period in which it was constructing towers, Eastern Towers used the services of Timberline Construction to erect the towers and perform site work and in earlier projects had paid the wireless contractor.

But in a June 2004 meeting, the firm’s President, Steven Kelley, informed Moore, Rosenfeld and Sanford that the $264,000-plus in overdue payments was having a severe impact upon his company and that he needed payment because he was concerned about their solvency.

Moore and Rosenfeld said that they had a $1 million construction line of credit and other resources and assured Kelly that he would be paid.

At a December meeting, Moore and Rosenfeld initially offered to pay Timberline 25%, and later increased the offer to 50% of the outstanding invoices. Kelly said no.

Moore and Rosenfeld countered that Eastern Towers was out of money and could declare bankruptcy, and if that occurred Timberline would end up with nothing.

Kelly didn’t accept this and future offers and sued.

In addition to Moore and Rosenfeld losing all interest in their towers, Judge Saylor said that they will be required to pay $520,000 to the bankruptcy trustee as damages for the wrongful withdrawal of money from Eastern Towers, Inc. and Eastern Towers, LLC., in violation of fiduciary duties.