Candidate Kevin Dougherty, President of Millenia Contracting, Inc. in New Castle, Del., also assumed a seat and will be serving as a new member of the Board of Directors.

Chairwoman Pat Cipov elected not to run for Board
Dougherty, originally an electrical contractor, transitioned to the telecommunications industry in the late 1990s. He joined NATE in 2002 and has served on NATE’s OSHA Relations Committee for the past eight years. 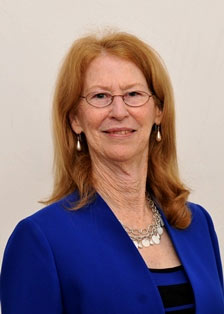 Although she will still remain active in the Association, Chairwoman Pat Cipov has retired from the Board after serving as a Director for 15 years.

He replaces Pat Cipov who is retiring from the Board, but will remain active in helping to guide the Association as she has done since 2000 when she was first elected as a Board member.

Cipov, who first worked in the field in 1978 and hung up her climbing belt in 1998, was elected as Vice Chairwoman in 2006 and has served as the organization’s Chairwoman since 2013 after Chairman Jim Coleman resigned from the position to attend to additional business responsibilities.

A new Chairperson will be elected by the Board of Directors in February.

The five candidates who were elected by their industry peers will officially begin their two-year terms on February 21, 2016 at the NATE UNITE 2016 Conference in New Orleans, La.

“On behalf of the Association’s 715 member companies, I would like to congratulate the successful candidates in the recently concluded Board of Directors election,” said NATE Executive Director Todd Schlekeway. “It is an exciting time in the Association’s history to serve on NATE’s Board of Directors and we look forward to collaborating with the elected members in order to continue to lead the organization to new heights,” added Schlekeway.

The 2016 election featured a slate of seven accomplished candidates from eligible voting member companies vying for five open seats on the NATE Board of Directors.  “I would like to personally thank all of the candidates who placed their hat in the ring during this election.  NATE is stronger due to the ideas and commitment displayed by these leaders,” Schlekeway stated.

Also running for Board seats were Russ Chittenden of Synergy Concepts and Christopher Mallon of Tower MRL.