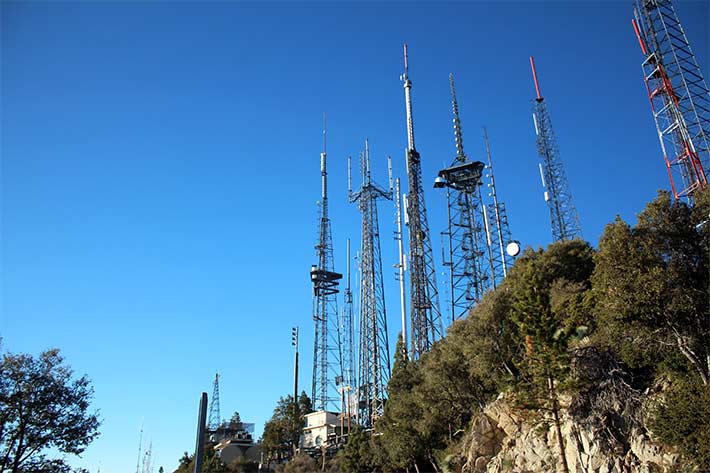 A deal to buy the multi-tower Poole Tower complex on Mount Wilson in California that was expected to be close to being inked in April, according to a report in Wireless Estimator, took another seven months, but finally closed last week, according to Media Services Group’s Bob Heymann, Jr. who served as the broker for Poole Properties, in announcing the acquisition by InSite Towers Development. 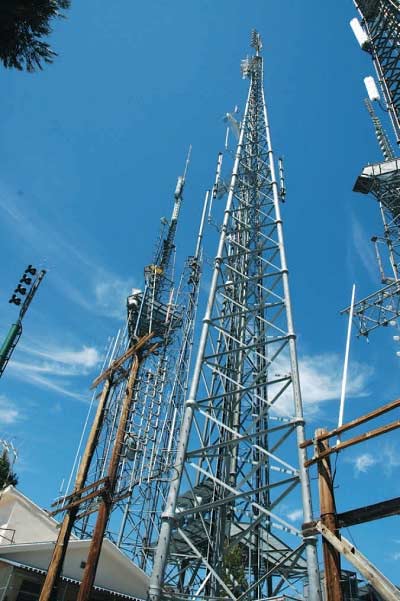 The Poole property with its four towers and transmitter building was the last remaining family-owned complex on Mt. Wilson. Photo: Scott Fybush

No sales price was provided. Earlier estimates were all over the acquisition landscape from $5 million to $10 million.

Heymann has previously said that, “This is beachfront property in the world of tower sites.”

Among the current tenants are iHeartMedia’s KBIG-FM, Mundo Fox 22 and KXOS-FM.

The complex was one of the last family-owned sites to operate at Mt. Wilson, possibly the most famous multi-tower broadcasting location in the U.S.

Last February, Media Services Group announced that it had been retained by Poole Properties Inc. to explore the sale of historic four-tower complex rising almost 6,000 feet above sea level.

The multi-site location was developed in the 1950s by legendary Los Angeles broadcaster John H. Poole who passed away in 2004.

The iconic site, which was almost decimated by a fire in 2009, is the tower location of choice for television and radio stations servicing the Los Angeles market.

Although American Tower Corporation owns structures on Mount Wilson, one media consultant said in April that he believed that they might not be actively seeking Poole’s portfolio since they were “consumed with integrating the Verizon assets and may not be as aggressive in this transaction.”

In 1953, Poole built a three-story transmitter building and his first self-supporting tower, ordered one of GE’s first UHF transmitters and found tenants for his new broadcast site. Below, in an ad for General Electric in the September 27, 1954 issue of Broadcasting Telecasting, Poole’s KBIC transmitter was featured. 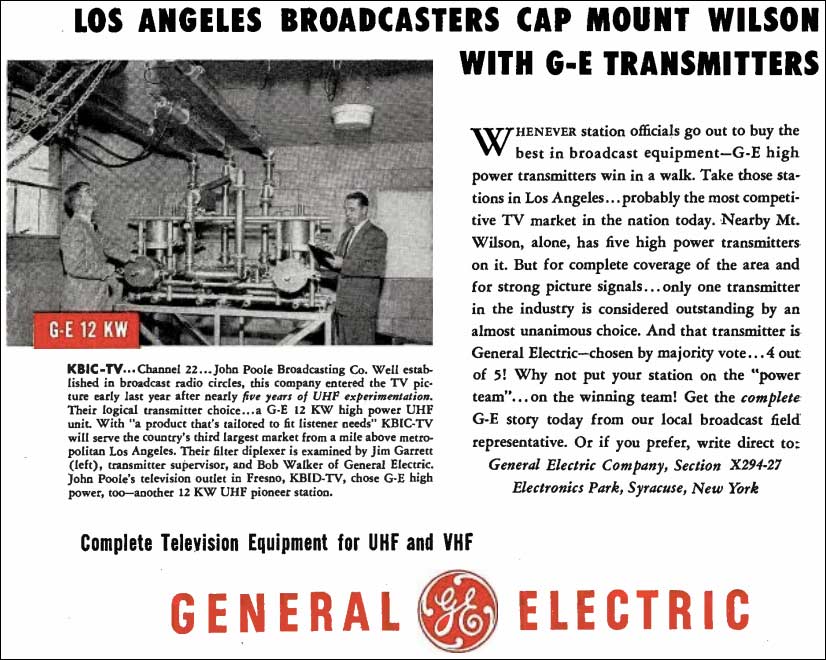