As part of the National Association of Tower Erectors’ 20th Anniversary Celebration festivities, the Association has unveiled a commemorative video highlighting NATE’s 20 years in the industry. 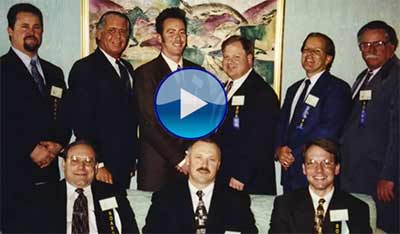 It’s not surprising to find unsafe climbing practices in the early days by Association members in the video since it was those practices that spearheaded the need for the trade group.

In the founding members’ narratives, it was stated that they were not quite sure of what was going to happen during the first organizational meeting.

There was the possibility that there could even be some fistfights due to highly competitive personalities that would be attending, but the 62 members present in Texas joined together immediately to work towards common goals.

You can view the video here.