Utilities Telecom Council President and CEO Connie Durcsak, 50, passed away unexpectedly on Nov. 14, and heartfelt tributes to the truly visionary leader from colleagues and friends are providing a glimpse of the many challenges and opportunities that she tackled head on, always going beyond the norm to expand the reach of the wireless industry. 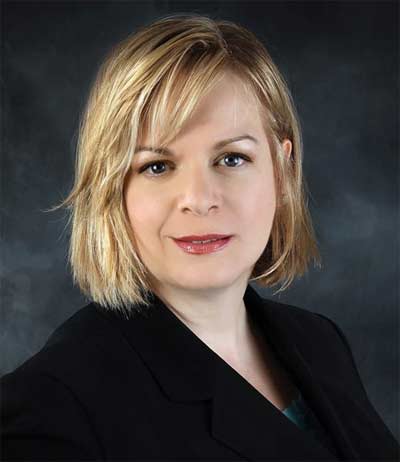 Durcsak earned her Master’s degree in Business from Marymount University and a BA and Bed from Acadian University in Nova Scota, Canada and was a senior consultant at PricewaterhouseCoopers, LLP.

Helped to transform PCIA in turbulent times
She was hired in 2000 by PCIA –The Wireless Infrastructure Association as a consultant to help the association in its transformation of its mission, strategy, membership and clients after the association’s re-organization.

Then CEO Jay Kitchen, known for his hands-off management style, let his staff set the course for the organization’s growth.

His faith in Durcsak was well-founded and she began to develop and strengthen the association.

But a year later, PCIA was set back when their show, PCIA GlobalXchange 2001 in Los Angeles, was opening its doors as passenger jets hit New York’s World Trade Center buildings on Sept. 11.

Kitchen, concerned about Los Angeles as an additional target, due to its immense population and skyscrapers, decided to cancel the event and refund the exhibitors’ money, causing a serious financial drain and a drop in membership.

But Kitchen, along with Durcsak and other staffers, were able to pull off a successful show the following year and the organization rebuilt.

Durcsak credited with HetNet and SWAP’s success
In 2005, former wireless policy-maker Michael Fitch took over the reins from Kitchen and shepherded its growth through his industry knowledge and his various positions with the FCC and the State Department, but he credits much of the trade group’s growth to Durcsak.

“We worked very closely together, and as my senior executive, she was involved in everything that was going on. She really immersed herself in everything we did, and was a great team player,” said Fitch who left PCIA in 2011 and is now senior counsel at Keller and Heckman LLP.

“Connie was very dedicated to the industry and her outgoing personality and industry knowledge spearheaded the success of the DAS Forum which was renamed the HetNet Forum.”

Fitch told Wireless Estimator that she also was the driving force behind the State Wireless Associations Program (SWAP). “Her leadership and determination is what largely made SWAP successful.”

“My thoughts are with the family. She was such a loving and dedicated mother to her two lovely daughters,” Fitch said.

“We note with great sadness the death of Connie Durcsak, who served as an executive with PCIA – The Wireless Infrastructure Association for more than a decade before being named President and CEO of the Utilities Telecom Council. Connie was a dear friend, a dedicated professional and a true leader in the wireless industry,” said PCIA CEO Jonathan Adelstein.

“Connie was instrumental to the growth and evolution of PCIA. Her many contributions, including her leadership of our HetNet Forum, cannot be overstated and will never be forgotten. Our hearts go out to Connie’s family and friends, our colleagues at UTC, and to all who were touched by her extraordinary gifts.”

Durcsak was a frequent panelist and keynote speaker at industry events such as AGL Media Group’s conferences.

Richard Biby, Publisher of AGL, had known Durcsak for many years and said she was a “wonderful, intelligent executive, an amazingly great organizer, and most importantly, a lovely and kind person.” 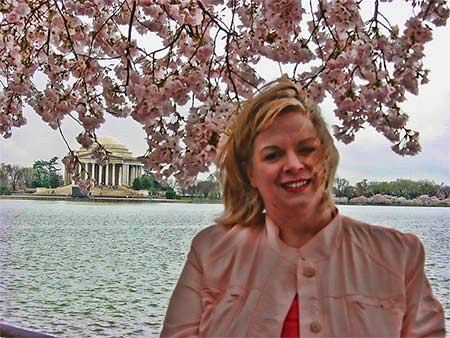 Connie Durcsak mixed Washington politics with her excellent knowledge of wireless to advance the industry.

UTC’s loss is immeasurable
“Connie was a strong leader, a great visionary and an outstanding wife, mother, friend and mentor,” said Ron Taylor, Chairman of the Board of UTC. “We are all in a state of shock at this unbelievable loss and we ask for prayers and support for her family, the UTC staff and the greater UTC membership.”

CFO Steve Vick has been named interim CEO. Vick stated, “We have a hole in our organization that will not be easily filled. We are heartbroken right now, but the entire UTC staff and Board of Directors are dedicated to ensuring that the work Connie began within UTC will continue to flourish in support of our members and our industry.”

Under her leadership, UTC expanded the depth and breadth of its global membership, and increased its advocacy and information to include a range of new issues. She set a new vision for UTC as the source and resource for the industry on all matters related to communications and information technologies for utilities, pipeline companies and other critical infrastructure industries.

Her professional leadership on utility industry issues such as spectrum management, cybersecurity and utility modernization combined with her ability to set the strategic direction of utility advocacy efforts has moved the whole industry forward, according to Taylor.

“Connie is both fierce and influential. Others may be brilliant and fierce about slices of the smart grid pie, but Connie’s smarter about what makes it all work together than anyone else in Washington,” Bill Moroney, retired CEO of UTC, said about his successor, in a FierceEnergy article.

Durcsak is survived by her husband, David, and two daughters.

Among her many causes she championed were animal welfare, humanitarian relief, education, and poverty alleviation.