As PCIA – The Wireless Infrastructure Association kicks off its conference with an infrastructure developers meeting this afternoon in Hollywood, Fla., it’s unlikely that the demise of cell towers will be a hot topic, but media pundits frequently disagree, citing new technology that will replace them with palm size transceivers. 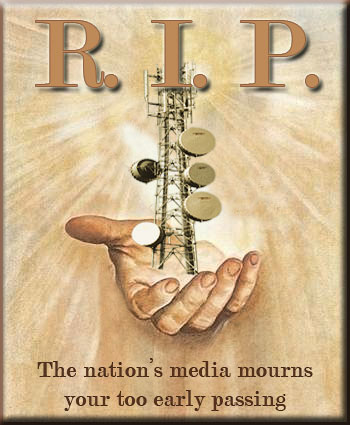 One industry editor recently said, the traditional cell tower infrastructure could be headed for obsolescence as a result of Google’s foray into balloon transceivers. And not to be outdone in trying to throw big steel under the bus, a competing media said that cell towers will be phased out, based upon what they read in a CNBC article, and their readers could respond to a Twitter hashtag that would allow them to guess at how many more years it will be before towers become obsolete.

Another omen being cited by the media for the replacement of “antiquated” towers is a new understanding of how electromagnetism waves are generated that could enable the design of antennas small enough to be integrated into an electronic chip, potentially a massive leap forward for mobile phones as well as communication tower antennas, according to research published in the journal Physical Review Letters.

Don’t sell your tower stock just yet
“However, it would be a little premature to assess how it could change today’s thriving tower industry through future innovations,” said Lawrence Behr, CEO of LBA Group, an RF and wireless applications company that has explored wireless technology advances since 1963.

“Antennas, or aerials, are one of the limiting factors when trying to make smaller and smaller systems, since below a certain size, the losses become too great,” said Professor Gehan Amaratunga of Cambridge’s Department of Engineering, who led the electromagnetism research. “An aerial’s size is determined by the wavelength associated with the transmission frequency of the application, and in most cases it’s a matter of finding a compromise between aerial size and the characteristics required for that application.”

“In dielectric aerials, the medium has high permittivity, meaning that the velocity of the radio wave decreases as it enters the medium,” said Dr. Dhiraj Sinha, the paper’s lead author. “What hasn’t been known is how the dielectric medium results in emission of electromagnetic waves. This mystery has puzzled scientists and engineers for more than 60 years.”

Sinha’s team believes it has unraveled that mystery.

Sinha proposes that electromagnetic waves are generated not only from the acceleration of electrons, but also from a phenomenon known as symmetry breaking – observations of radiation resulting from broken symmetry of the electric field may provide some link between the two fields.

“In short, the research paper appears to be stating that physicists have a novel new theory for why our everyday cellphone antennas can work, as small as they are,” said Behr who believes that this could lead to even further miniaturization of those antennas in the future.

“It’s actually a very simple thing, when you boil it down,” said Sinha. “We’ve achieved a real application breakthrough, having gained an understanding of how these devices work.”

“Although Sinha’s research adds to the knowledge of how micro scale antennas work, I don’t foresee any impact on macro scale antennas, such as those in use on cell towers today,” said Behr.

The research was partly funded by Nokia Research Center

Should tower techs start ordering quarter-inch antenna alignment devices?
Although the breakthrough research will surely help to develop smarter and smaller antennas, it’s unlikely that Wall Street will open the bailout valve on tower stocks due to the possibility of smaller antenna footprints.

In 2011, Alcatel-Lucent announced a working base station the size of a Rubik’s cube, their 11-ounce lightRadio.

At that time a Forbes analyst said it was destined to replace 200-foot cell towers and the media ran with that unsupported analysis as if it was gospel. Some anti-siting advocates even used the AL press release to persuade zoning officials to ask applicants why they couldn’t just dump their base station in a box instead of building a tower.

LightRadio proved to be a valuable addition for filling in coverage voids, especially for indoor applications, entertainment venues and transportation hubs, but towers are still the backbone for a greater percentage of all network development.

“All antenna sizes can be reduced right now, but only with tradeoffs in critical design parameters such as power handling, gain, efficiency, and bandwidth. Even with antenna size, there is no free lunch!” said Behr.