U.S. Senator Marco Rubio (R-FL), a member of the Committee on Commerce, Science and Transportation and the Subcommittee on Communications, Technology, Innovation, and the Internet, joined with subcommittee chairman Roger 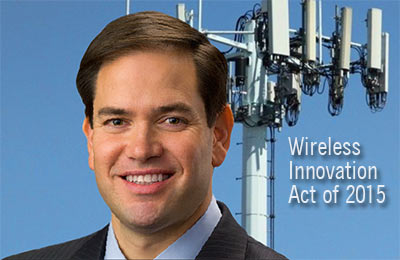 “As wireless broadband and Internet connected devices continue to grow, the U.S. must continue to lead the world in wireless innovation and technology by making sure the federal government is using its spectrum in an efficient and responsible manner and freeing up additional spectrum for commercial use,” Rubio said.

“Mobile traffic is expected to grow eleven-fold between 2013 and 2018, according to industry projections,” Johnson said.

“Industry is clearly doing its part to prepare, bidding an unprecedented $41 billion on the most recent FCC spectrum auction. This bill will require the federal government to do its part, opening up more spectrum opportunities, expediting FCC review of spectrum transactions on the secondary market, and streamlining the process for broadband infrastructure to locate on federal buildings. The real solution to broadband openness and availability is breaking down regulatory barriers, not building them up. This bill is an important first step and I look forward to working with Senators Rubio, Wicker, Ayotte, and Gardner to continue to find ways to promote broadband deployment,” Johnson said in a statement.

PCIA strongly endorses Rubio Bill
In commending Rubio for introducing legislation aimed at spurring economic growth and bringing next-generation mobile data to underserved areas, Jonathan Adelstein, President and CEO of PCIA – The Wireless Infrastructure Association, said “Senator Rubio has taken a crucial step toward ensuring that all Americans have equal and reliable access to the mobile data that’s transforming our economy and society.”

Adelstein noted that nearly a third of America’s landmass and thousands of buildings are owned or controlled by the Federal government, and the bill would improve wireless service for members of the armed services, as U.S. military bases fit within the definition of Federal lands and stand to benefit from the clarifications the bill provides.

“Senator Rubio is a former state legislator and city commissioner.  He recognizes the urgency of building public-private partnerships to ensure that wireless infrastructure is placed where it will best benefit consumers and businesses,” Adelstein said.

In addition to helping the wireless infrastructure industry better serve its customers and meet the Federal mandate of ubiquitous wireless broadband coverage, the Rubio bill will also help Federal agencies by allowing work to scale with deployment demands, by supporting fee retention, and by providing an ombudsman to expedite stalled applications.  These initiatives will provide agencies and the industry the certainty they need for new projects, noted Adelstein. 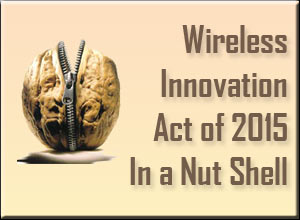 reless Innovation Act of 2015 would: