A U.S. District Court judge has denied a former SBA Communications employee the right to sue under the Florida Whistleblower Act (FWA) since the alleged request for her to create false assets was not a company policy, but the court will hear her remaining three discrimination complaints filed in Palm Beach County, Fla. 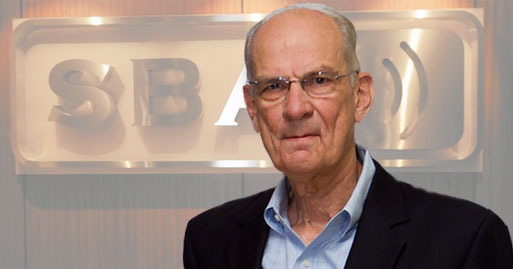 Senior District Court judge Kenneth L. Ryskamp ruled that although an SBA employee alleged that the company retaliated against her when she wouldn’t create $2 million in false assets she couldn’t file a Florida Whistleblower Act complaint against them since it wasn’t SBA’s policy to create such asset entries.

On October 7, 2014, former SBA employee Julie Moimeme filed suit against her employer alleging violation of the FWA, as well as violations of the Family Medical Leave Act (FMLA).

According to the initial and amended complaints, Moimeme began working as an accountant in September 2012. A year later she requested leave under the FMLA in order to take care of her seriously ill husband, and became concerned when coworkers had learned about the confidential information.

She also alleges that SBA informed her that she should not be taking leave at that time and that her taking leave was “creating an inconvenience.” She also states that the company’s corporate controller said “she had no privacy rights for this information, and that no steps would be taken to prevent further dissemination or discussion of the information.”

Plaintiff alleges she was asked to add $2 million in false assets
In December 2013, Moimeme said that her supervisor, Joceline Malinconico, allegedly asked her to create false assets in the amount of $2 million dollars in the accounting system to reconcile unfavorable accounting discrepancies for a variety of asset classes such as equipment, vehicles, and tower components that would impact year-end totals.

Moimeme said in her complaint that she would not perform the tasks which she believed were illegal and against generally accepted accounting principles, but Malinconico, allegedly said “that if she wanted to be successful working for Defendant she would have to follow illegal procedures on behalf of the company.”

Moimeme claims she was given unsolicited advice by SBA senior accounting manager Delroy Dennett “not to discuss the illegal requests during an internal audit, as the use of illegal procedures to help the company appear more profitable was a common practice in the accounting department, and complaining about the use of illegal procedures would jeopardize her employment,” according to a court document.

Moimeme says she brought this information before SBA’s legal department and she was told that there would be an investigation, but she heard nothing other than her employment was being terminated on April 7, 2014.

“Even if it were true, which is disputed, there is no private right of action for this under the FMLA, and Plaintiff has not plead damages or the standing necessary to bring such a claim,” SBA said.

SBA also claimed that one of the reasons that Moimeme was terminated was because she secretly recorded private conversations of her supervisor on her smartphone without her supervisor’s knowledge.

Moimeme said in a court document that she had recorded Malinconico instructing her to create false data in the accounting system and she had asked SBA’s general counsel, Joshua Koening if he wanted the recording. She claims he said he did not want it.

She also said that when she met with Edward Diaz of Holland & Knight, who had been hired by SBA to conduct an investigation into her complaint that SBA was retaliating against her due to her objection to SBA’s ‘illegal accounting practices,’ she said that, “he did not under any circumstances want to listen with the recording, or have anything to do with the recording.”

However, SBA’s attorneys from Gunster, Yoakley & Stewart from West Palm Beach requested possession of the phone numerous times in January and February 2015 so that they could inspect the phone and make a mirror image of it to identify recordings that might pertain to Moimeme’s claims.

Phone with ‘illegal’ asset request recording can’t be found
On May 27, 2015, Moimeme said she could not locate the cellphone.

She said in August of 2014 the phone began to malfunction and she was unable to turn it on. In addition, when her family was downsizing from a home to an apartment she believes it might have been in one of a number of boxes in a storage unit which may have been given to an extended family in Haiti, or discarded.

In U.S. District Judge Kenneth L. Ryskamp’s ruling on June 22, 2015, he said that even if Moimeme’s alleged charges that her supervisor wanted her to create false assets and she refused and suffered retaliatory actions were true, the whistleblower claim would have to be based upon her supervisor “operating within the scope of her employment when she allegedly requested Plaintiff to make false accounting entries.”

“Plaintiff also alleged that she was asked to hide the request, thereby refuting any suggestion that the request was an activity, policy, or practice of Defendant,” said Ryskamp.

On July 2, 2015, Moimeme’s law firm, Hoffman & Hoffman of Miami, filed a motion with the court to have the FWA complaint dismissal certified as a partial final judgement to avoid undue delay in the appellate process, due to Moimeme’s medical conditions may result in her becoming incapacitated prior to the date of the appeal.

It was requested that the remaining three complaints are not related to the FWA charge and should be tried on their own merits.

Moimeme, who has been traveling to Oklahoma for lung biopsies, suffers from a chronic and life threatening medical condition, according to the motion.