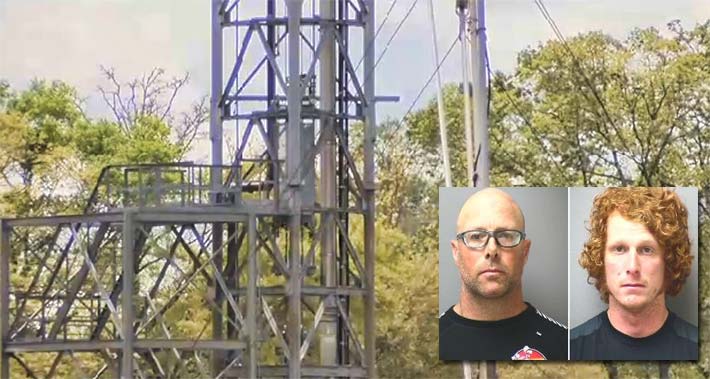 Miles Daisher, left, and Tom Baker were arrested on charges of criminal trespassing and bonded out of jail.

According to authorities, one BASE jumper has died and two of his associates have been arrested following a jump from a television tower in Metcalf, Ga.

Lieutenant Tim Watkins of the Thomas County Sheriff’s Office said that emergency personnel were dispatched to Friendship Church Rd. at the site of the tower around 3:30 a.m. yesterday morning.

The Sheriff’s Office said that Miles Daisher, Tom Baker and Brandon Jackson arrived at the tower around midnight. Daisher and Baker told authorities they stayed on the ground with radios while Jackson climbed to the 1,600-foot level of the 1,999-foot guyed tower before he jumped.

The men said that they heard Jackson’s parachute deploy and thought that the jumper may have struck a wire on the way down. 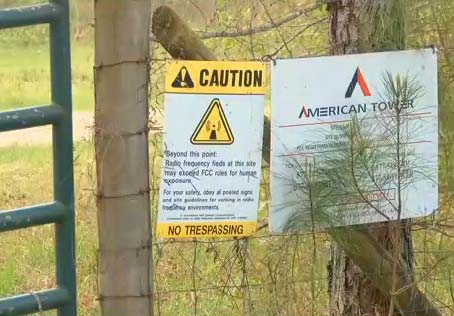 Although the 1,999-foot tower is shown in the FCC’s database as being owned by Gray Television Group, Inc., the structure appears to be owned or managed by American Tower Corp.

After searching for Jackson for about an hour, the men finally called authorities.

The Sheriff’s Office then searched for hours but couldn’t find Jackson’s body.

The Leon County Florida Sheriff’s Office used a helicopter to try to find a heat signature, but the effort was also unsuccessful.

He was found by two residents late Thursday morning in trees that are about 800 to 1,000 yards away from the tower, which is leased by NBC-40 and Tallahassee’s Fox affiliate.

His deployed parachute was reportedly in the tree but he was found dead the bottom of the tree.

High Winds were possibly a factor since they were gusting at over 49 mph at the time of the jump.

Jackson was 37-years-old and a retired Master Sergeant from the U.S. Army. His last known address was in Hawaii.

Baker, 29, and Daisher, 47, were arrested on charges of criminal trespassing and bonded out of jail Thursday.

Daisher is a professional parachutist based in Twin Falls, Idaho. According to his website, he has completed over 7,200 skydives and 3,900 BASE jumps. He is sponsored by Red Bull and a member of the Red Bull Air Force.

“Some people think I’m crazy, but if you’re not doing what you love, then I think you’re crazy,” Daisher noted on his site.