Alpha Networks LLC has announced the acquisition of  Xcell Inc., a leading tower construction and service business headquartered in Dallas, Tex. and providing services throughout the Southern region of the U.S. for more than a decade. The business will continue to operate under the Xcell name and brand. 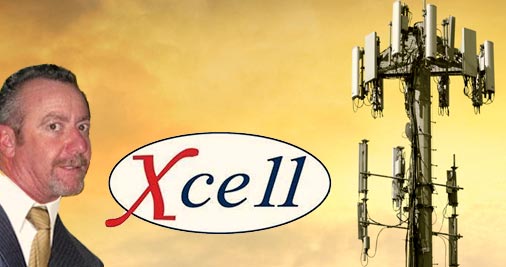 Michael Moskowitz will head up new management for Xcell Inc.

A number of advisors and operational support personnel have also teamed up with the Alpha-Xcell group to provide construction and program management along with quality-conscious crews.

Moskowitz has been in the tower industry since 1984, covering every facet of the business and has numerous accomplishments including being one of the founding board members of The National Association of Tower Erectors (NATE) as well as serving as Regional Vice President at Specialty Teleconstructors, which was the first publicly traded wireless construction company.

He has managed and owned multiple tower construction and service companies during his 32 years in the industry.

“I’m excited about the team at Xcell and the opportunity to build an even stronger and larger organization on the great foundation that has been built at Xcell since 2004. In 2016 we will bring a higher level of crew performance and services to our customers,” said Moskowitz.

Xcell, with 65-plus employees, has offices in Dallas & Houston, Tex., plus operations in Ariz., as well as an office, warehouse and training facility outside of Philadelphia to serve their clients in the Northeast. The company provides antennae and line services, expanding its product offering to include structural upgrades, microwave, broadcast and DAS/small cell work.

Xcell has been nationally recognized as a leading tower contractor, having completed over 17,000 site builds, upgrades and modifications during its history.

Additional information can be obtained on their websites: www.xcellinc.net  and www.Alpha-Networksllc.com.