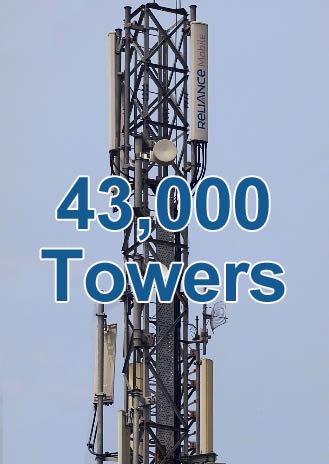 RCOM and Reliance Jio, the telecom arm of Reliance Industries Ltd, will continue as major long-term tenants of the new tower company, along with other existing carriers on the 43,000 towers.

In addition to the upfront cash, the company will get a 49% non-voting share in the tower company. It will look at selling the rest of its economic interest in the venture at a later date.

The transaction will represent the largest ever investment by any overseas financial investor in the infrastructure sector in India, and is a strong reflection of the confidence of the international investment community in the long term growth potential of the Indian economy.