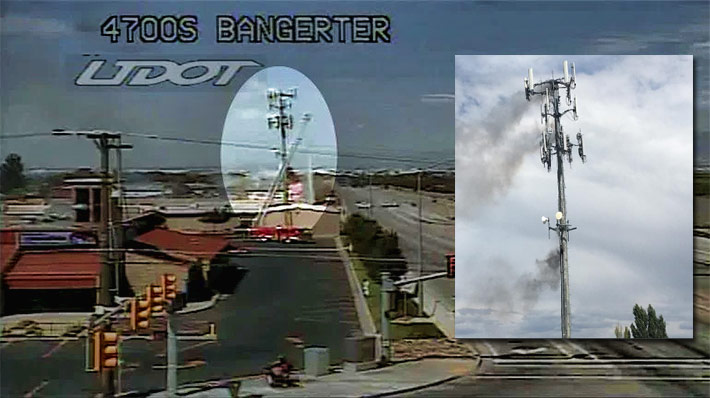 Update: September 2, 2016  – According to West Valley City Fire Battalion Chief Jeff Fox, the monopole fire was caused by a tower crew that had been welding on the structure.

He said the tower was stabilized last night, but high winds created difficulties for the crew trying to dismantle it.

According to the Utah Department of Transportation, officials closed both directions of the heavily trafficked highway between 4100 S and 4700 S.

No injuries were reported at the multi-tenant monopole. Officials did not immediately respond to a request as to how the fire started and who the structure’s owner is.

The FCC’s database does not identify a registered tower near that location.

Police said a crew was working to remove the tower that suffered heavy damage and was seen as being unstable. It is not known whether the crew dismantling the structure had been previously working at the cell site.