Today, CTIA released its annual survey results, which found Americans used 9.6 trillion megabytes (MB) of data in 2015, three times the 3.2 trillion MB in 2013. This is the equivalent of consumers streaming 59,219 videos every minute or roughly 18 million MB.

Smartphones are the number one wireless device in the U.S. and still growing 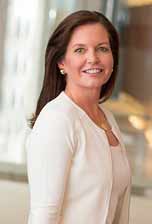 To handle the increase in devices and usage, America’s wireless carriers invested almost $32 billion in 2015, including adding almost 10,000 new cell sites. Since 2010, carriers have invested more than $177 billion to improve their coverage and capacity to better serve all Americans.

“Americans today have mobile-first lives. In 2014, we had a record amount of data on our 4G networks. Remarkably, the amount of traffic on mobile networks more than doubled last year and shows no signs of slowing down. I’m proud our industry invested more than $30 billion to keep up with our demand and support millions of jobs. Our record growth also highlights the continued need for a national focus on making more spectrum available to the mobile industry,” said Meredith Attwell Baker, President and CEO, CTIA.