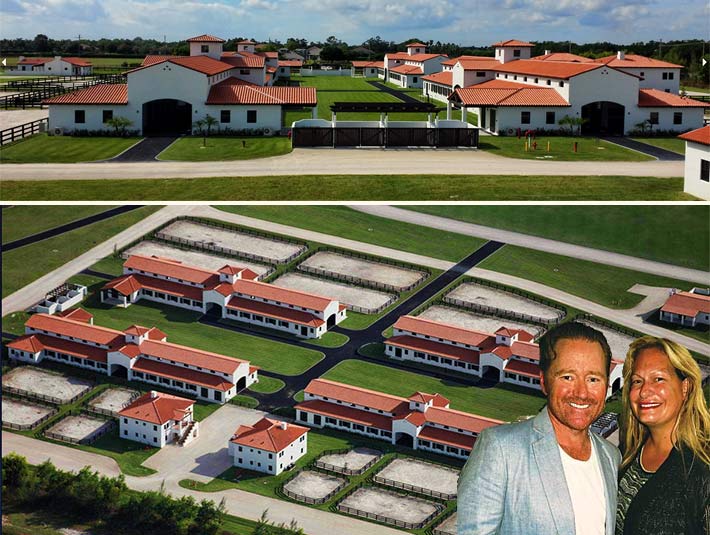 Marc and Melissa Ganzi solved their capacity problems by buying a neighboring property.

Marc Ganzi, co-founder and CEO of Digital Bridge Holdings, is a frequent speaker at industry conferences and oftentimes drills down to meeting capacity needs from a fiber-based architecture connected to macro sites, small cells and Wi-Fi.

So when the Palm Beach Post quoted Ganzi as stating “We needed more capacity,” it would be expected that he was ready to again discuss the ability for wireless networks to meet future demands.

Not quite. This time Ganzi was discussing the lack of fields that the Grand Champion Polo Club in Wellington, Fla. had and how he and his wife, Melissa, who own the club could expand their capacity to provide more playing fields.

Easy.  They acquired a neighboring 102.8 acre property for $27.29 million so that they could expand their five polo fields to 10.

Included in the $273,000 per acre price were 120 horse stalls, five barns, six veterinary rooms, 10 tack rooms, a kitchen and laundry room for each barn and a separate guest house  of 2,776 square feet with three bedrooms and two bathrooms.

And for the staff, the property has living quarters with 24 bedrooms, each with its own bathroom, plus six kitchens, six living rooms and laundry rooms.

The property has two playing fields and one exercise track. The Zacara Farm was developed in 2013 for an equestrian fanatic. It was listed at $32 million.

The Ganzis own their own polo teams and are considered Wellington’s “royal couple of polo”.

In May, Britain’s Prince Harry led his polo team to victory in the Palm Beach fund raising Sentebale Royal Salute Polo Cup with an assist from teammate Melissa Ganzi.