The Federal Communications Commission’s Enforcement Bureau has reached a $2.4 million settlement with General Communication, Inc. (GCI), resolving an investigation into five 911 service outages that occurred on the company’s wireless network in various parts of Alaska between August 2008 and April 2016.  As part of the settlement, GCI has agreed to strengthen its procedures 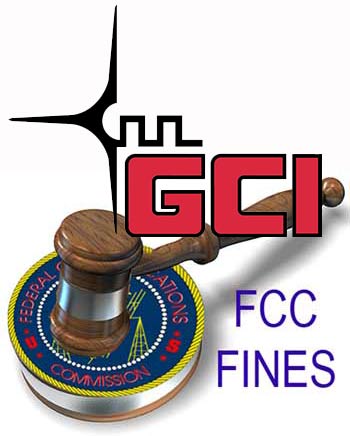 for providing 911 service and to adopt robust compliance measures to ensure that it adheres to the FCC’s 911 service reliability and outage notification rules in the future.

Last October, GCI was fined $620,500 by the FCC for not registering 118 towers and lamping three structures. The towers were later sold to Vertical Bridge.

“Americans should be able to reach 911 at any time, whether they live in New York City or a village in Alaska,” said Travis LeBlanc, Chief of the FCC’s Enforcement Bureau. “We will continue to work with service providers across the nation to ensure they meet this critical expectation to protect the public’s safety.”

In its investigation, the Enforcement Bureau found that the five separate GCI 911 service outages prevented significant numbers of the company’s wireless customers from reaching first responders when making 911 calls.  The investigation determined that all five outages would likely have been either minimized, or entirely avoided, if GCI had implemented appropriate safeguards in its 911 network architecture and operational procedures.  The investigation also found that GCI did not provide timely notification of three of the five outages to the affected 911 call centers.  Further, GCI did not submit timely Network Outage Reporting System reports to the Commission in four of the five outages.

To resolve the Bureau’s investigation, GCI will pay a $2.4 million fine and has agreed to implement a compliance program to strengthen its 911 resilience and its 911 risk management processes.  In particular, GCI will develop and implement processes to:

In addition, GCI will maintain up-to-date contact information for 911 call centers, adopt a plan to notify 911 call centers during outages, and maintain contact with the Alaska 911 Coordinator’s Office when necessary.  The consent decree also requires GCI to file detailed compliance reports with the Enforcement Bureau.

The Commission has adopted a number of rules intended to ensure seamless, ubiquitous, and reliable 911 service nationwide.  Wireless carriers are required to implement 911 routing and delivery systems to ensure that 911 calls are transmitted to the appropriate emergency call centers, to notify those call centers of 911 service outages lasting longer than 30 minutes, and to timely notify the Commission regarding the nature and extent of those outages.