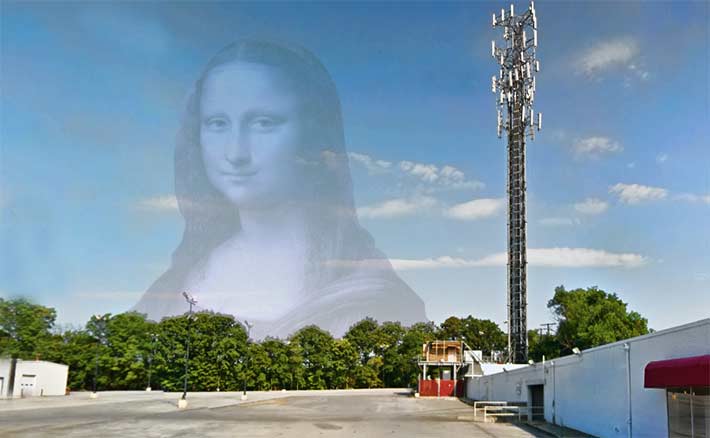 This Mona Lisa, a term coined by American Tower CEO Steve Dodge about 20 years ago to identify a tower with multiple tenants, has a generator outside of its compound that the landlord states is there illegally. The U.S. District Court for the Western District of Virginia will make that determination.

A real estate investor bought a Roanoke, Va. property last May that had American Tower Corporation enjoying a small leased portion of the 2613 Franklin Rd. site for a multi-tenant tower, but after Farrell Properties, Limited reviewed the lease documents, they’re claiming that ATC had encroached upon land outside of their leased area and put in a generator, and they want an additional $1,000 per month from ATC from the profits they received through wrongful possession of the property, approximately $12,000.

More importantly, they want the gen set removed and asked the Circuit Court for the City of Roanoke to also compensate them for an unspecified dollar amount in alleged property damage yet to be determined.

However, ATC said that the cost of removing and replacing the generator that serves third party tenants is approximately $120,000 to $140,000, and since ATC believes that if the court finds in favor for the plaintiff, monetary damages plus the cost of complying with the judgment will exceed $75,000 and they had the case removed to the U.S. District Court for the Western District of Virginia.

The company said the generator interferes with access to a building located on the property.

The case was reassigned to U.S. District Judge Elizabeth Dillon on May 26, 2016.

In their answers to Farrell Properties’ charges, ATC said that their lease with the former owner, signed in 1999, was twice amended and they have lawful occupation of the land, and they are not trespassing.

The tower, according to a 2015 Google Maps aerial view, above, appears to have five tenants.

ATC does not show the 190-foot tower at 2613 Franklin Rd. available for collocation on their locator map, but provides a newly added 160-foot self-supporting site  at 110 Franklin Rd., less than two miles away, that has a pending FCC compliance audit.