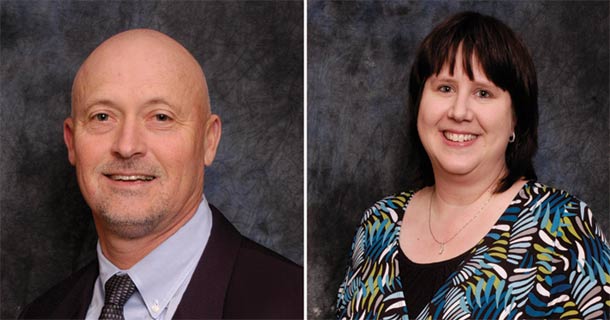 Hayden was honored as the recipient of the Bill Carlson Lifetime Service Award. This prestigious award recognizes an individual who has made a significant and long-term contribution to the success of the NATE mission and has served the Association continually for a minimum of 15 years.

As President of Hayden Tower Service, Inc., he has spent over 36 years in the tower industry. Hayden has been an integral part of NATE from the inception. As a Founding Member of NATE, he has served the Association’s membership in many capacities, including the Founding Chairman of the Board of Directors, a Director on the Board of Directors, and many committee leadership roles, including the Industry Relations Committee, Financial Investment Committee, Legislative & Regulatory Committee, and Insurance Committee.

“Kevin has served NATE members with complete integrity,” stated NATE Founding Father Bill Carlson of Tower Systems, Inc. “Mr. Hayden’s unparalleled leadership has helped mold NATE into the outstanding organization it is today, and his influence has left a lasting legacy on NATE since the day the Association was founded in 1995,” added Carlson.

Mueller was honored as the recipient of the Distinguished Service Award. This prestigious award recognizes a past or present standing committee member who has demonstrated direct and individual contributions to the mission of NATE and whose performance has proven so exceptional that it profoundly affects the success of the Association.

As s a sales representative for Primus Electronics, she has spent 18 years volunteering on the NATE Member Services Committee. Mueller has served NATE’s membership in various other capacities, including playing an integral role in the formation of the first NATE Regional Meeting held in September 2015, as well as assisting the NATE Administrative Staff in coordinating and setting up the annual NATE UNITE Conference and Exposition.

“NATE has benefited immensely due to Diane’s enthusiastic ideas and tireless contributions,” stated NATE Member Services Committee Chairwoman Pat Miller. “Diane is a worthy recipient of the Distinguished Service Award and we are excited to be able to celebrate this honor with her,” added Miller.

The Bill Carlson Lifetime Service and Distinguished Service awards were made possible due to the contributions made by the NATE Member Services Committee and the awards are an annual fixture at the NATE UNITE event. For additional information on NATE, please visit www.natehome.com.