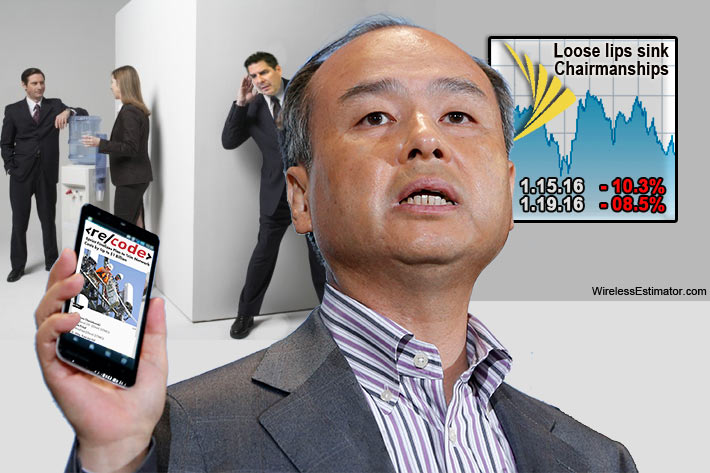 It is likely that Sprint will be exploring all internal and legal avenues to assist the carrier in identifying the unnamed sources. Analysts are questioning why the carrier isn’t addressing the article’s network changes to stem the stock’s multi-day decline. They also said, if the article was true, it would be disruptive to subscribers.

After the media threw Sprint, American Tower, Crown Castle and SBA Communications under the bus during the past five days by republishing unsubstantiated statements that appeared on a tech website, without adding research of their own, editors are starting to reassess their ‘need to be first’ news blast that resulted in all four companies’ stocks tanking Friday.

Sprint suffered the most damage, losing 10%, after an article in Re/code said that the company, as part of its Next Generation Network plan was going to relocate its cell site base stations from Crown Castle and American Tower to spots on government-owned properties, which would cost them considerably less.

The bloodletting continued yesterday with Sprint losing another 8.5%, as American Tower saw a slight improvement, finishing up 2.9%. Crown Castle was flat with a 0.5% increase, and SBA Communications continued to slide with a loss of 1.2%.

Heading towards the pink sheets, Sprint’s stock was down an astounding 14.72% in mid morning trading today. SBA lost 5.41% followed by American Tower at 3.68% and Crown Castle, 3.25%. Although overall markets were down, the four companies traded lower than market indices.

Based upon stock analysts’ comments who are also changing their initial assessments regarding the story, a number of follow-up articles are starting to question the credibility of Re/code’s somewhat sophomoric story that was based upon “sources familiar with the initiative”.

One media editor today questioned how a tech website could have such an impact upon telecom stocks, literally shaving billions of dollars of market cap. It didn’t. It was achieved by the dozens of media outlets, including his, immediately running with an obviously questionable story.

The article was published by two authors writing outside of their knowledge league, according to their past posts, but Reuters and other major media picked it up as gospel and ensuing articles in mainstream media and financial websites aren’t attributing Re/code, but presenting it as fact, as if Sprint unveiled its new network strategy in a white paper.

Almost all republished articles stated that Sprint would be using Mobilitie’s towers on government property. Had they researched Mobilitie, they would have found that the company only has approximately 149 towers, according to Wireless Estimator’s Top 100 Tower Companies, allowing Sprint immediate collocation opportunities on an average of three towers per state — if they were located on government property.

Rumors, even being mulled in executive quarters, are circulating that the questionable Sprint plans could have been released by individuals that held a short position in one or all of the stocks and would benefit by those stocks dropping in price.

Noticeably absent are any comments regarding the article and the carrier’s plans from Sprint Chairman Masayoshi Son and its President and CEO, Marcelo Claure who is also Vice Chairman of CTIA – The Wireless Association. In their cost-cutting mode it’s obvious they’re not funding a crisis management public relations consultant.

None of the tower companies have responded to the story, most likely because there isn’t one. However, at some point they might see the need to publish a statement, regarding the incorrect presumption made by Re/code, to stem their stock’s slide which is far in excess of market trends.

Sprint’s financial picture, however, is indeed troublesome since it has more than $32 billion in net long-term debt, much of which has been trading down sharply amid worries about the company’s liquidity, according to numerous analysts who suggest the company could have difficulty meeting near-term obligations. Sprint’s next earnings call is expected to be held on Feb. 4, 2016. 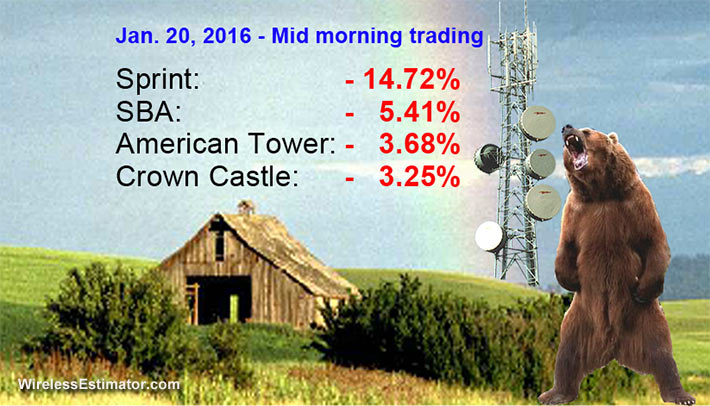