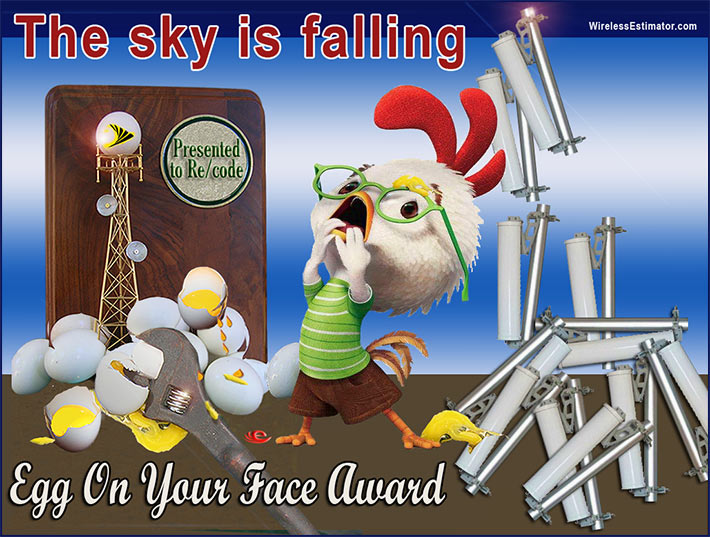 Sprint: Towercos have nothing to worry about – for now

At two conference calls this morning, Sprint said that an article by tech website Re/code on Jan. 15, 2016, was not accurate, and Sprint CEO Marcelo Claure, during a media call, said the misinformation regarding a Sprint radical network overhaul “caused a lot of damage”.

Re/code had claimed, according to their sources familiar with the carrier’s initiative, Sprint had completed plans to move forward in June or July to move their cell sites from American Tower and Crown Castle structures “to spots on government-owned properties, which costs much less.”

The Re/code report by itself would have been short-lived, but within an hour after its publication, national and industry media scraped the article with little or no forethought regarding the authors’ knowledge and the information’s credibility.

Then financial analysts in follow-up articles proceeded to warn that it would be disruptive network technology – moving macro cell sites — and the overhauls would be troublesome to subscribers, always caveating that their comments were solely based upon the article being accurate.

But it wasn’t, and after a few commentaries appeared, such as those from skeptics Ken Schmidt and Iain Gillott, pointing out why Re/code’s report made no sense, analysts and some media walked back their initial comments and started quoting Schmidt and Gillott, and BTIG analyst Walter Piecyk, who nailed it in a Barron’s article published four days later.

Media still doesn’t get it right
However, the damage was done and Sprint and the tower companies’ stock took a shellacking as media continue to quote Re/code’s message.

A major news magazine website posted an article about today’s 3Q, 2015 better than expected earnings call, adding Re/code’s published statements, as if they were factual and part of Sprint’s overall plan, using the headline: “Sprint may lease cell towers on public lands to lower costs.”

Another headline on Saturday in a daily news bulletin said: “Sprint To Sprint From American, Crown-Owned Towers”.

“We’ll look at towers, rooftops, and monopoles and then choose the most efficient way to plan. Everything will make the network more dense. By no means is this rip and replace.”

Sprint CTO John Saw said Sprint would not be parting ways with tower companies, saying that the carrier had long leases with the towercos, from 5 to 7 years, and that the partnerships were “integral” to the network.

“We’ll have strategic relationships with tower companies for many years to come and will continue to be a strategic partner,” Saw said.

Leases could be pressured following their expiration
Nonetheless, he left the door open to what might happen after the expiration of these master lease agreements stating, “It’s too early to speculate what we’re going to do. We’re always looking for opportunities to optimize our costs.”

Schmidt said, alternatively, Sprint may stay obligated to use a certain minimal number of towers and will decommission some collocations while adding new ones.

But Sprint’s future plans will be held close to the vest, Saw said.

“We will tell you as much as we want to tell you. I want to make sure we don’t give our playbook away.”

During Sprint’s media call regarding its densification plans, Claure said, “We’ve started deploying small cells around country and we don’t feel the need to share where. It’s a competitive advantage and we don’t like to share which market we’re going to.”

“There is much more to come in the densification,” Claure said in the media conference call. “Like I’ve said, in the next two years we expect to achieve network superiority for one simple reason, we have more spectrum than anyone else and more capacity equals more speed.”

“The most surprising disclosure from the call to me was that Sprint intends to start building out areas where they have roaming agreements in place with the other carriers, otherwise known as a ‘roaming overbuild’, “ Schmidt said.

“What we don’t know from the call or otherwise is whether Sprint intends to avoid leasing existing Big 3 tower company rural towers while deploying new macrocells in rural areas or whether they intend to use mini-macros in smaller cities and towns,” he said.

Sprint to court third parties for financing
Schmidt said that another takeaway from the call was that Sprint is aggressively courting third parties to finance future capex costs.

“This includes emphasizing further expansion of the LTE network by sharing spectrum with rural carrier partners and having their network densification efforts financed by an unnamed partner,” said Schmidt.

Industry observers believe that Mobilitie will be assisting with financing.

Although Re/code covered the earnings and media calls, and wrote about the events in detail, noticeably absent was any mention regarding their original incorrect source information that Sprint would be moving from Crown Castle or American Tower sites, or that Sprint said it was baseless.

The market liked Sprint’s improved churn and its less than anticipated losses, raising its stock 18.65% at closing. American Tower saw a modest 1.48% gain; Crown Castle was up 2.98%, and SBA Communications did the best of the towercos at 3.55%.