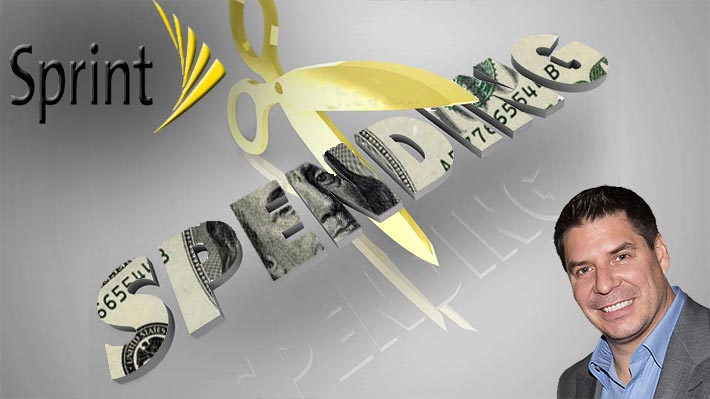 Sprint CEO Marcelo Claure said he was happy about the carrier’s lower churn rate, but suppliers’ and contractors’ stomachs churned when it was announced that anticipated capex spending for 2016 was cut 40%.

Last year, Sprint indicated it would spend $15 billion over three years on network build-outs, financing some of this through their new leasing company.

Sprint CEO Marcelo Claure said in a post-analysts call interview,  “We said this from the beginning that to be profitable, we need to do some extreme cost cutting, but this cost cutting has been very positive. Sprint has not been profitable in the last nine years, and we have been able to do this. Finally, we are starting to become a more lean company, and we’re moving in the right direction.”

But lean doesn’t mean that new sites will not be built, Claure said.

“We have more spectrum than any other carrier in the world. Spectrum means more capacity and speed.  We plan to add tens of thousands of structures around the country to densify our network. We can do that with $3 billion in spending,” Claure said in in defending the steep drop in capex that some analysts pegged at $5 billion, the same amount Sprint indicated that they would spend last year.

It is unknown whether of the $3 billion more will go into small cells than macro sites.

Mobilite is providing Sprint with an expanded small cell network on light poles and street furniture throughout the nation that is being funded by the company to assist Sprint in its densification efforts and lower its capex.

CommScope announced Monday that Sprint has committed to an extensive deployment of their S1000 small cells for use in traffic-intensive small and medium-sized business locations.