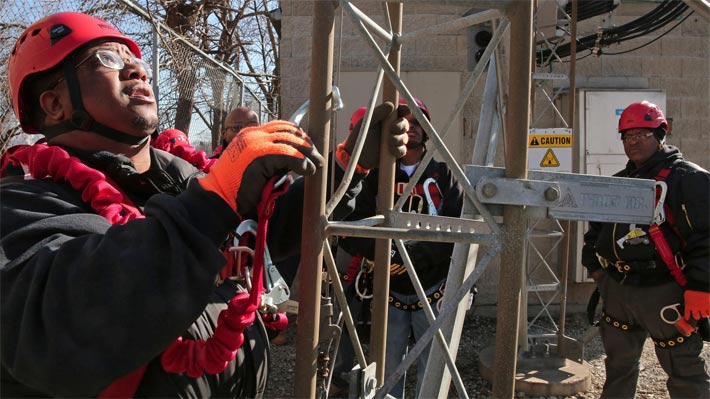 Antonio Crum, left, starts to climb while practicing maintenance work on a cell tower Feb. 27, 2016, in the 1400 block of South Ashland Avenue in Chicago. The men are in the inaugural class of the Safer Foundation’s Wireless Field Engineer Training Program, which trains and places ex-offenders into cell tower technician jobs. (Anthony Souffle / Chicago Tribune)

Last month’s inaugural class of eight graduates of the Wireless Field Engineer Training Program, a collaboration between the Safer Foundation, a Chicago, Ill. non-profit organization helping criminals with records to become employed, and a Chicago cell site development contractor, MTM Technologies, are fully charged for their new career, according to an article in the Chicago Tribune.

Although MTM’s managing director, Duane Gilmore, says those apprentices “will start at $15 an hour, move to $19 after six months and to $23 after a year,” and within two to three years the hourly wage could reach $35, those projections are based upon continued industry growth in a cyclical business that has seen many workers let go in the past 18 months; workers with considerable seniority and experience. 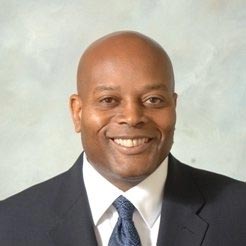 Duane Gilmore, managing director of MTM Technologies, is providing ex-offenders the opportunity to refocus their lives and career opportunities.

“It’s not a noble venture on my part,” said Gilmore. “It is just a smart business move for me to find smart, good people and put them through their paces.”

Illinois is one of a handful of states that place restrictions on private employers’ criminal background screening procedures.

The state follows the “ban the box” law, a measure generally allowing employers to ask about a job applicant’s criminal conviction record at a later stage in the hiring process, such as during the interview phase or when a job offer is made.

However, 12 weeks of intense training and a desire to learn additional skillsets will most likely offset an employer’s concern about most criminal records attached to the graduates’ past.

Many tower technicians and other crew members working today, as with many other construction professions, have served time in prison or were convicted of serious offenses, but have become some of the most valued employees in their company.

Their employers were able to put those convictions in their rear view mirror and move on, not using it as a litmus test for reliability and trustworthiness.

Three major contractors’ HR directors contacted by Wireless Estimator said they could not discuss what weight convictions play in their hiring decisions. A fourth contractor said they would not hire anyone with a serious conviction, although she would not identify what type of infraction would be serious.

It is generally accepted through a number of studies that between 65 and 68 million Americans have criminal records.