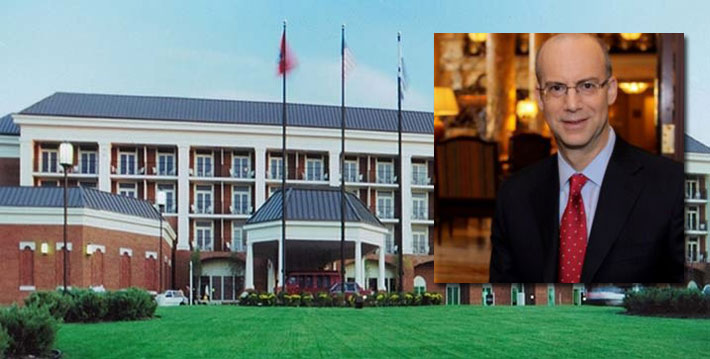 Jonathan Adelstein, CEO and President of WIA said, “We need new thinking about infrastructure design, deployment, and management,” at the South Wireless Summit held in Nashville this week.

Jonathan Adelstein, CEO and President of the Wireless Infrastructure Association (WIA), delivered a keynote address at the annual South Wireless Summit here today in which he highlighted the crucial work the association is doing in Washington and in state capitals across the United States to remove barriers to the deployment of wireless infrastructure.

“Creating a predictable business environment helps us all deploy better wireless networks,” Adelstein told the audience. “It’s tough for a company to make big investments without knowing what the rules are and without knowing those rules won’t change. My job is to make sure the wireless industry and all levels of government work efficiently together. That way, wireless technology can reach its highest potential to contribute to our economic growth. That will encourage investment in infrastructure.”

Without improved regulations and laws, many communities will miss out on the many economic benefits that will be delivered with the rollout of 5G mobile networks. New rules will play a vital role in the deployment of the fiber networks and small cells that are needed to supplement existing macro sites.

“We need new thinking about infrastructure design, deployment, and management,” Adelstein said. “We need more cell towers and poles; more antennas of all sizes that attach to structures of all sizes. And we need the all-important fiber networks that connect all these wireless technologies. The data transmitted from car to traffic light or from pedestrian to car doesn’t work if the mobile networks aren’t in place. We need more wireless infrastructure so that the massive amounts of data can seamlessly move from point to point.”

According to the research report, “Spectrum re-use, or infrastructure, has contributed the lion’s share of the improvements we’ve seen over the last 45 years in the capacity of our mobile networks,” Adelstein said. “A lot more than spectrum or new technology. And they see no signs that will change going forward. That is good for our industry – very good. No matter how you look at it, according to MoffettNathanson, the re-use of spectrum will rely on towers and other infrastructure, and that translates into new sources of revenue for our industry going forward.”

Adelstein concluded his remarks by pointing out what is at stake for communities of all sizes in all region of the country.

“We need ubiquitous connectivity, and the path to complete coverage can’t be obstructed with irresponsible regulations,” Adelstein said. “Some communities don’t realize how high the stakes are when it comes to the future of wireless coverage. And policymakers sometimes don’t fully appreciate the role infrastructure plays in delivering those services. Or they see us as a new revenue stream. WIA is turning that around by explaining the challenge.”

The South Wireless Summit brings together professionals from throughout the South for two days of panel discussions and speeches from industry leaders. This year’s event also included a Bowling Tournament hosted by Women’s Wireless Leadership Forum (WWLF) and a clay shooting tournament.