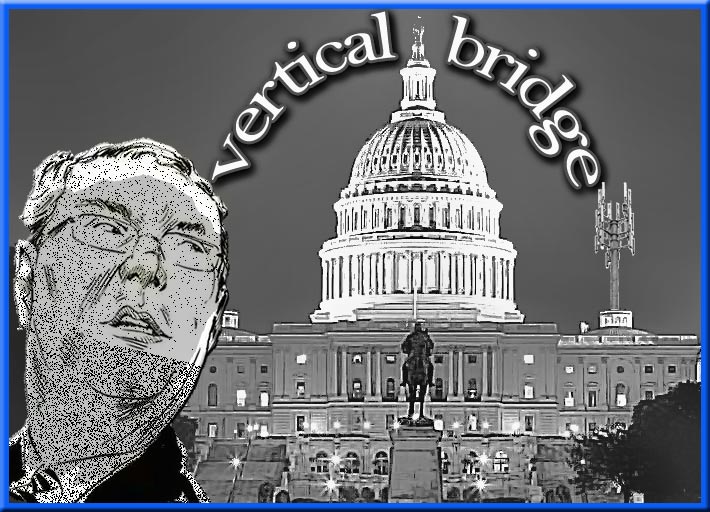 Vertical Bridge, the largest private owner and manager of communication towers and locations in the U.S., announced today the appointment of former presidential hopeful and Florida Governor Jeb Bush to its Board of Directors. Governor Bush will serve as an independent director.

“We are delighted to welcome him to our Board and to have the benefit of his experienced, clear-thinking, strategic counsel as we plan and execute our growth strategy going forward,” said Ganzi who interned in the White House for Stephen M. Studdert, special advisor to President George H. W. Bush in 1989, and was also on Governor Bush’s presidential campaign team in Palm Beach, Fla.

“I have been impressed with the growth of Florida-based Vertical Bridge and the smart capital deployment of its parent company, Digital Bridge,” said Governor Bush. “I have long been a strong proponent of the role that improved telecommunications infrastructure can and should play in enhancing our quality of life in so many diverse ways. I look forward to contributing to the continued progress at Vertical Bridge.”

Coinciding with Governor Bush taking a seat on the Board, Vertical Bridge, located in Boca Raton, Fla., also announced that it has surpassed 52,000 total owned and master-leased sites in its portfolio. Since the company launched less than three years ago, Vertical Bridge has completed more than 100 acquisitions to become, the largest private owner and manager of telecommunications assets in the U.S.

Governor Bush served as the 43rd governor of Florida from 1999 to 2007, and resides in Miami with his wife, Columba. In addition to serving on the Board of Directors of several other privately held companies and non-profit organizations, Governor Bush serves as Chairman of Dock Square Capital LLC, a merchant bank headquartered in Miami. Dock Square Communications LP, an affiliate of Dock Square Capital LLC, has made an investment in Vertical Bridge to coincide with Governor Bush joining the Board of Directors. Governor Bush is also Founder and Chairman of the Foundation for Excellence in Education, a national education reform non-profit organization dedicated to improving the quality of education for every child.

Governor Bush was a Republican candidate for president in 2016, dropping out of the race after a poor showing in the South Carolina primary.