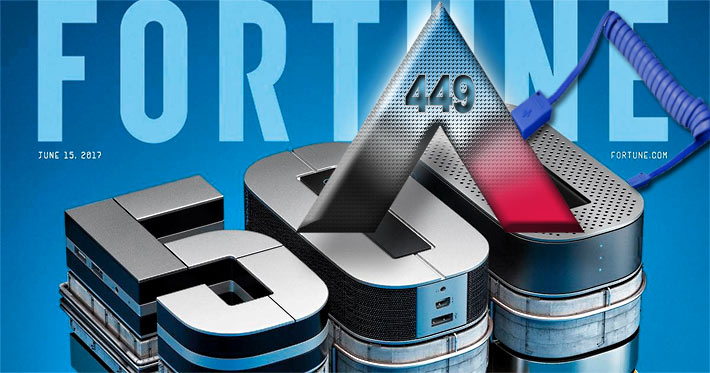 Fortune has debuted their 2017 Fortune 500 List, described as the ultimate testament to a company’s success, and American Tower went from an aspiring vertical realtor at position No. 526 last year to breaking into the exclusive club in 2017 to position No. 449 with revenues of $5.8 billion.

Crown Castle International, the only other industry candidate vying to join the coveted group, came in this year at No. 596 with revenues of $3.9 billion.

Established in 1955, the list of 500 companies is compiled by looking at results reported by publicly traded firms, as well as from the privately traded ones that file financial statements with a government agency.

This year, 20 new companies had been added, joining 100 year-old companies, startups, and everything in between.

Also making its debut was electric automaker Tesla; however, the clear difference between the two companies is Tesla has growth capabilities that the 22-year-old macro tower company would clearly welcome.

Conversely, Tesla, is envious of American Tower’s profits of $956 million versus their loss of $-675 million.