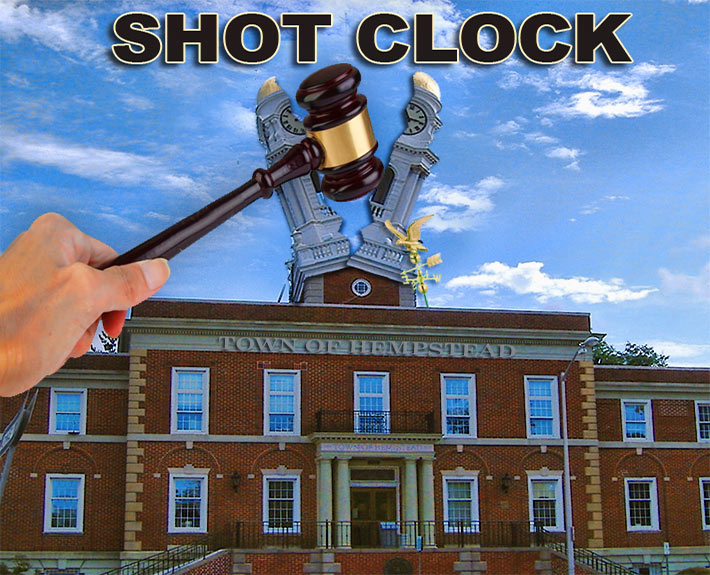 Crown Castle said the Town of Hempstead, N.Y. is in violation of the FCC’s shot clock requirements. They also said that Hempstead’s consultant, CMS, is free to charge whatever it deems convenient and the Town has no process in place to limit how much CMS may charge.

National DAS-provider and tower owner Crown Castle has brought suit against the Town of Hempstead, N.Y., alleging that the Town unlawfully delegated its review authority to a third-party consultant for 14 initial applications for authorization to install, operate and maintain DAS facilities in the Town’s public rights of way.

Crown, in its complaint, said that the consultant, Center for Municipal Solutions (CMS) has frustrated the Town’s process and review authority by imposing on Crown Castle unreasonable and vague demands for information and facility designs changes based upon “arbitrary and unsupported findings of visual impact.” The lawsuit also states that the Town has also demanded unreasonable, excessive and discriminatory fees.

Hempstead, according to Crown, is in violation of the provisions in the FCC’s Shot-Clock time limitation ending April 27 since a March 2 CMS comment letter and a March 3 Town Planning Department objection letter failed to toll the Shot-Clock because they merely stated, without any support or rational basis, that the applications are incomplete “because there will be a significant visual impact.”

In an April 7 comment letter, CMS stated that it disagreed with Crown’s April 27 calculation, but in its complaint, Crown said CMS’ s disagreement is based on an erroneous commencement date and the incorrect belief that the Shot-Clock time frame is 150 days — the time for new tower installations and not the 90-day period that applies to collocations on existing structures as proposed by the applications.

Crown said the Town was using CMS to drag out the process for its own convenience, rather than out of the necessity to review the applications.

Town code states that if the Commissioner of Buildings determines that particular applications or classes or applications may be considered more fairly, quickly, and inexpensively with the assistance of third-party agencies or expert consultants.

Fees said to be discriminatory
Crown, in its filing, said Hempstead, for new telecom facilities, requires an initial deposit of an $8,500 escrow fee, but no other use of the right-of-way under the Town code is subject to the “same excessive and unreasonable escrow fee provision.”

Crown said CMS is free to charge whatever it deems convenient and the Town has no process in place to limit how much CMS may charge.

Crown also questions Hempstead’s passage on Sept. 20, 2016 of a resolution to charge fees specifically for wireless telecommunications installations, separate and apart from fees for other uses.

The company pointed out that DAS nodes are $650 each, but the fee for a commercial WiFi node is merely $200.

In a March 2 comment letter CMS said, “We are aware that there are alternative methods for the concealment of DAS nodes that are currently used by the wireless industry,” but provided no additional information.

The letter ended with the statement that “after review and discussion of all of the submitted material required under the Town of Hempstead Code, we find this application is incomplete and the material submitted has not addressed the visual impact to the surrounding neighborhoods that these facilities would impose,” Crown wrote in their complaint.

Crown took Comi to task for that issue, stating, “Upon information and belief, Comi is not a professional planner, engineer, architect or other professional with the qualifications to make objective judgements related to visual impact.”

Crown provided documentation in its complaint that the Town had previously approved nodes of the exact same size and design as were set forth in the applications, and they included photographs showing that the nodes were less intrusive than other utility infrastructure already located in the Town’s rights of way.

Breach of contract alleged
In Crown’s filing, the company is requesting that the Town immediately issue all necessary permits and authorizations to construct the DAS nodes.

Crown also states that they are entitled to damages for lost profts because the Town breached their contract.

They are also requesting an order and judgment finding the Town’s escrow and fee provisions are “unfair, unreasonable, unnecessary, excessive, discriminatory and an illegal tax.”