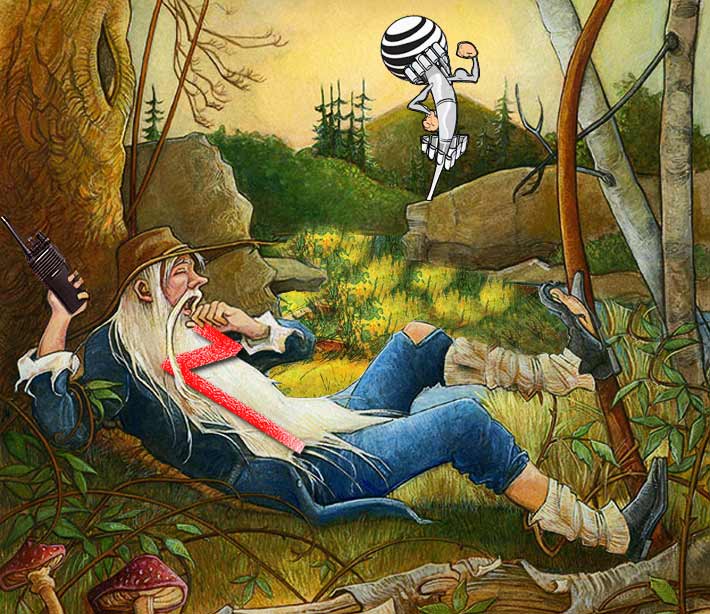 Verizon’s announcement yesterday that it would build a core network to support the nation’s public safety users, putting it toe-to-toe with AT&T which won the FirstNet contract to build a nationwide public safety network, has communications officials questioning whether Verizon’s network will meet the FirstNet interoperability requirements set by the FCC for states or territories deciding to opt-out and build their own network that meets the single national network architecture.

Both AT&T’s and Verizon’s public safety networks would need to be able to recognize and authorize traffic to and from public safety users on each other’s network.

Verizon has the greater portion of the nation’s public safety market and is concerned about AT&T eroding that base.

They could also see their subscriber count go down as AT&T packages deals for the nation’s 10 million first responders.

One of AT&T’s FirstNet partners is Motorola which offers push-to-talk solutions. In Verizon’s release, they stated that they were going to invest in new mission-critical 4G LTE voice communications to complement existing services such as Push-to-Talk Plus which already includes interoperability with existing land mobile radio networks.

AT&T is not responding to questions regarding Verizon’s press release.

FirstNet isn’t addressing Verizon’s announcement, but is instead accenting their first responders network capabilities announced to date that will provide ‘ruthless preemption’.

“FirstNet has consulted closely with public safety as a partner to develop this network. Thanks to their input, we are now delivering first responders a compelling network solution they’ve never had before –  which includes true priority today – and we will deliver them ruthless preemption, a dedicated and encrypted public safety core network with local control capabilities, a dedicated FirstNet Public Safety Security Operations Center and public safety grade customer care.  These services are unmatched and unique to public safety, and that is why we are seeing so much momentum with the FirstNet Network in the states and territories,” a FirstNet spokesperson wrote in a statement today to Wireless Estimator.

A number of industry insiders are questioning why it took Verizon so long to announce their plans for their core network, believing that there would have been a greater number of states opting out if the carrier could demonstrate compliance.

One industry observer said that Verizon could have announced their interest long before the opt-out procedures were in place and adapted their network to them when they were finalized.

Verizon EVP and President of Global Operations John Stratton said yesterday, “Support for public safety is in our company’s DNA and our commitment to them never waivers.”

Each opt-out state has 240 days from the date of its opt-out notification to the FCC to file an alternative state plan. However, if it’s rejected for non-compliance, an alternative plan cannot be submitted for review.

The catch phrase that will surface in days to come: “It’s the interoperability, stupid.”