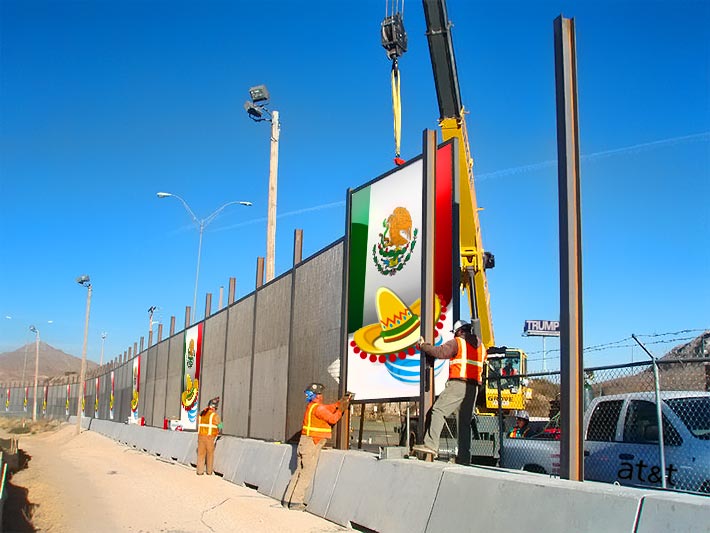 Although the almost daily political question in America is Who will pay for the Mexican border wall?, AT&T knows who is paying to assist with its bottom line, Mexico.

And it has been a “remarkable success story,” according to AT&T CFO John Stephens.

In its quarterly conference call last week, Stephens accented the company’s strong growth in Mexico, stating, “In a little more than a year, we deployed 4G LTE, to 78 million people in more than a 160 markets; rebranded our services and stores; and became the fastest growing wireless company in the country. Customer growth is strong. We added 1.3 million new wireless subscribers in the fourth quarter and over 3 million customers for the full year.”

Carrier’s eyes are on winning the FirstNet prize
Regarding the possibility that AT&T will win the nationwide public safety FirstNet award, Stephens said, “We are waiting to hear for the final outcome of the first of that process. You know that we are an approved bidder and we are optimistic about our opportunity, but we don’t know the answer to that yet.”

Chairman and CEO Randall Stephenson told analysts: “We’ve been investing $27 billion in spectrum over the past five years. And as a result, we have the premier spectrum position in the industry, 40 megahertz of fallow spectrum. And as John referenced, if we’re successful with our FirstNet bid, we get access to another 20 megahertz of prime nationwide spectrum for public safety and secondary use.”

The FirstNet award is expected to be announced March 1.

AT&T chief is impressed with the Commander in Chief
Stephenson believes that President Trump may be on the right track with providing lower tax rates.

“I had the opportunity to meet with what was then the President-elect a couple of weeks ago, and I have got to say, the President had a very specific agenda in terms of what he thought was critical, and that was tax reform and regulatory reform, and we spoke at length about each of those. And I would tell you that the man, the President, is focused on these,” Stephenson said

“We’ve seen the President’s proposal; we’ve seen Paul Ryan’s proposal, both of them I think trigger the impact that I have been talking about for quite some time. And that is, if we want to get off this 1% to 2% growth plane, there is nothing that will trigger that like tax reform. I mean, everybody knows the numbers. We have the most uncompetitive tax structure in United States, it’s the highest tax rate in the developed world in the United States.”

Stephenson said that if there was a reduction in tax rates, AT&T would step up its investment levels.