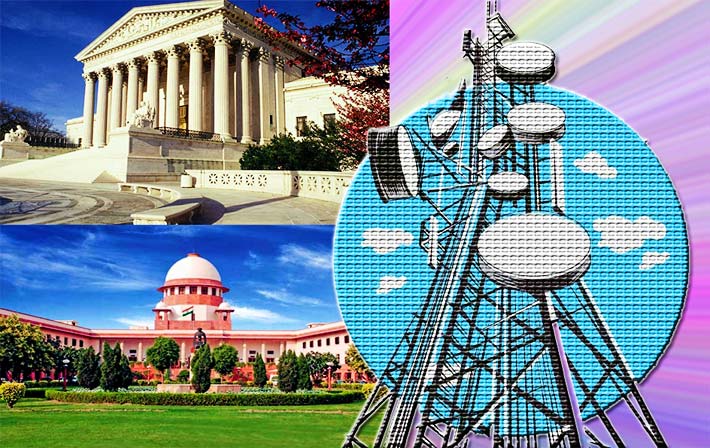 Unlike the U.S. Supreme Court when it makes a decision, India’s Supreme Court’s ruling is not immediately available for public review, such as last week’s decision to have a carrier remove its tower after a man alleged that it caused him to get cancer. Although India’s Supreme Court has ruled on a number of issues regarding cell tower radiation, U.S. Justices have not heard any radiation cases. The Supreme Court did rule on a siting issue regarding a community that did not make available a wireless service provider reasons for its denial in a timely manner.

India’s Telecom Minister, Manoj Sinha, said yesterday that all relative radiation studies have not revealed any health hazards from cell towers, emphasizing that the limits in the country are more stringent than other nations.

Sinha’s comments came in the wake of last week’s Supreme Court ruling that shut down a tower on the grounds that a 42-year-old domestic worker was stricken with cancer.

Harish Chand Tiwari, who works in Gwalior, complained that for the past 14 years he was exposed to radiation from a BSNL tower illegally installed on a neighbor’s rooftop that was 165-feet from his employer’s home.

Supreme court Justices Ranjan Gogoi and Navin Sinha ordered, “We direct that the particular mobile tower shall be deactivated by BSNL within seven days from today.”

It was the first tower in India to be deactivated following a petition of an individual alleging they were harmed by its radiation, according to The Times of India.

The Supreme Court heard Tiwari’s complaint in March of 2016 and had asked the parties to file additional comments to show that radiation from cell towers were harmful to humans.

Anti-siting activists saw this ruling as a green light to predict dire health consequences in the future, but the Cellular Operators Association of India (COAI) have denied the allegation and said their fears were unfounded.

“Citizens have no reason to panic as mobile towers emit low level radiation, which is within the prescribed DoT {Department of Telecom, government of India, norms which makes mobile towers completely safe,” said Rajan S. Mathews, Director General of COAI in a statement.

“The industry appeals to the citizens and the public to not panic and read the interim order in its entirety. There are four EMF (Electric and magnetic fields) related cases which have been clubbed together. The interim SC order relates to only one of them whereas cell towers included in the other cases were left untouched,” said Mathews.

Eight high courts have found that radiation emanating from mobile towers is not hazardous for human health, he added.

The Supreme Court has not provided its final judgment on the matter, which will come up for hearing in mid-July, and has asked the COAI to submit various reports and documents on the issue.

In 2012 the Supreme Court upheld a 2012 Rajasthan High Court decision that ordered the removal of all cell towers from the vicinity of schools, colleges, hospitals and playgrounds because of radiation “hazardous to life.”

Unlike the U.S. Supreme Court when it makes a decision, India’s Supreme Court’s ruling is not readily available.