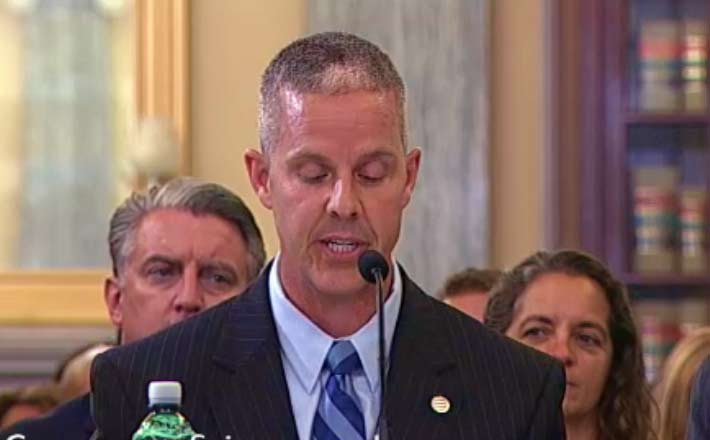 A two-hour progress hearing on FirstNet yesterday by the Subcommittee on Communications, Technology, Innovation and the Internet provided scant details on AT&T’s plans for new tower builds throughout the country, especially in rural areas, other than a brief mention there was an aggressive program in place to accomplish it.

Michael Poth, CEO of FirstNet and Chris Sambar, Senior Vice President, AT&T, spoke at length about how they were ahead of schedule, how cyber security was a deep-seated requirement, and how new deployable cell towers being added to AT&T’s fleet would assist during emergencies, with Poth noting that they were engaged in trying to identify how they could manage specific needs in Hawaii.

Sambar said that “Rural coverage is a concern. We’re embarking on an aggressive buildout program over the coming years to build out rural areas across American where there is no coverage through the use of deployables.”

He did discuss how A&T would use existing towers in the buildout.

“We have had a number of states as well as federal agencies that we been in communications with and some of the states have been very direct that they have been interested in us putting our LTE equipment on state, city and municipal owned assets,” said Sambar.

“That will give them the benefit of revenue from AT&T through their lease agreement. That would also give us the benefit of building out the network faster.”

Poth said that there will be coordination with Canada in building out the first responder network, “because Canada is using the same spectrum we will be using with AT&T and there are a lot of synergies; so the inoperability between the countries will be realized.”

Sambar said that there is no definition for public safety grade, “but AT&T constructs its towers to meet safe and thorough requirements to meet things such as to withstand wind, earthquakes, etc. So, we’ve gone to great lengths to construct our network in a manner that is reliable as possible. And we believe that there will always be instances where towers will get knocked down as a function of mother nature – in that case the company would use deployables to get to an area as quickly as possible and put up a network where there is none.”

“Somewhat. The key is..,” Poth said, when he was cut short by Wicker who said, “Maybe we need to define it.”

“So, AT&T with both their existing infrastructure and new sites that will be built, as Mr. Sambar said, are meeting not only the state and federal rules, but we are trying to determine that they are hardened. As he pointed out, I’m not aware the public safety hardened definition is anything that we are applying,” Poth said.

Cyber security a major concern
“We are going to great lengths to ensure that this network is as secure as possible because as you say, this could obviously be a target for attack,” said  Sambar.

“We have to treat this network very differently than we treat our regular core AT&T network, so we will be building a couple of things that differentiate it, or a number of things,” Sambar explained.

“Supporting public safety is part of our company’s DNA. As a retired Naval officer and Navy SEAL, public service has been a calling throughout my adult life. I view FirstNet as a special opportunity to do it again for a company that shares a commitment to public service and public safety,” Sambar said in his opening statement before the subcommittee.

Volunteer firefighters and police to get a discount
Volunteer public-safety officers that use their own phones to respond to emergencies will realize “significant” monthly savings when compared to a traditional commercial wireless offering, Sambar said.

“Once we verify their credentials and ensure that we have the right people on the network, they will have access to the FirstNet network, with all of those features and benefits—and, it will come at a significantly lower price than they are paying today for their personal or commercial service. So, it’s a tremendous benefit to all first responders.”