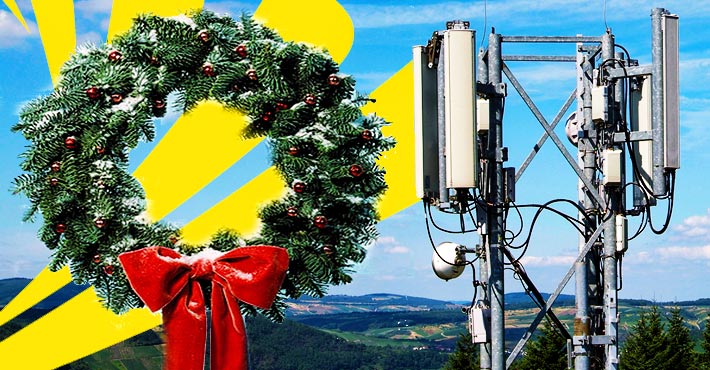 Sprint CFO Tarek Robbiati last week gave the industry an early holiday present – thousands of new towers to be built across the nation.

At the 45th Annual UBS Global Media and Communications conference, Robbiati said the carrier intends to spend upwards of $4 billion on its network during fiscal 2017, which ends in March 2018, and expects to increase spending to between $5 billion and $6 billion in fiscal 2018, and that level of spending should continue for the next couple of years.

Robbiati said, “…we are going to add a few new towers because our network footprint is probably in need of an expansion in some specific neighborhoods where we feel we are a little bit short.”

Those “few” towers quickly grew to thousands when he said, “So we are going to roll out new towers, a few thousands towers, to get back in line with neighborhood expansion.

Robbiati emphasized that Sprint was going to be aggressively rolling out as part of their tower upgrades and neighborhood expansions, massive MIMO, stating “that helps really drive spectrum efficiency to the next level and increase our capacity by a factor of 10x. Effectively we will put in new radio systems that will involve 64 transmission element and 64 receive elements. When you look at that, what it’s capable of doing and using spectrum, it takes the spectrum efficiency to the next level. We will be augmenting our capacity by a very large factor of 10x.”

Robbiati said Sprint intends on deploying 800 MHz, 1.9 GHz, and 2.5 GHz on every tower it occupies.

Two tower manufacturers contacted by Wireless Estimator said that they could not disclose whether Sprint has created an increase in proposal requests or placed additional orders.