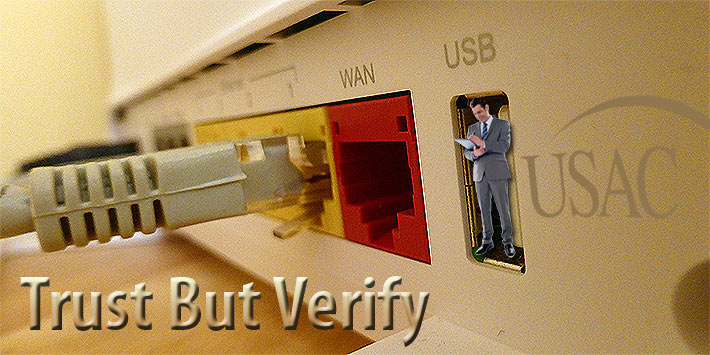 The adage, any publicity is good publicity, may have backfired on the Arlington, Virginia Public Schools (APS) after an article in ARLnow.com was read by FCC Commissioner Michael O’Rielly and he dashed off a letter to the Universal Service Administrative Co. (USAC) that could possibly kayo funding for APS’s backup fiber network because he believes that “ratepayer dollars are being used to support artificial competition, potentially jeopardizing service to the broader community.”

O’Rielly said that he had recently read a news article in which APS discussed its plans to seek E-rate funding for a fiber network for its schools, even though there is already at least one private broadband company operating in the county that has provided service to the schools.

In correspondence Thursday to USAC CEO Chris Henderson, whose agency manages federal funding for the E-rate program which provides discounts to keep students and library patrons connected to broadband, O’Rielly said, “In addition, the article indicates that the county apparently seeks E-rate funding for yet another network, and seems convinced that the project would be eligible for such support.”

O’Rielly further stated that he believes that the rules do not permit funding for backup networks.

“Regardless, I see absolutely no justification for using E-rate funds for such a purpose. Instead, any universal service funding for broadband deployment should be targeted, through the high cost program, to unserved communities most in need of support.”

O’Rielly informed Henderson that if he believed that E-rate funds could be used for backup networks that he should provide specific references and cite provisions in FCC orders dictating that requirement.

The commissioner said, “In meetings with outside parties, my staff and I continue to hear concerns that universal service funds are being wasted by E-rate applicants overbuilding existing networks in whole or in part.”

O’Rielly provided Henderson with a number of inquiry requests due by Friday such as how many of the providers being overbuilt received funding, and how many self-construction requests were denied on cost-effective grounds.

Last month, Arlington completed phase one of migrating its public schools to the ConnectArlington fiber optic system and off of Comcast’s internet access.

“Like the insurance policies we purchase to protect the investment in our buildings, buses and other critical components of APS operations, we hope we will never need the insurance, but those policies are in place — just in case,” said Linda Erdos, assistant superintendent for school and community relations in the article.

It stated that the project must be completed and in use no later than April 30, 2018. Otherwise there will be liquidated damages equal to the costs incurred by APS from loss of E-rate funding, which range from between 20% and 90% of the eligible category service.