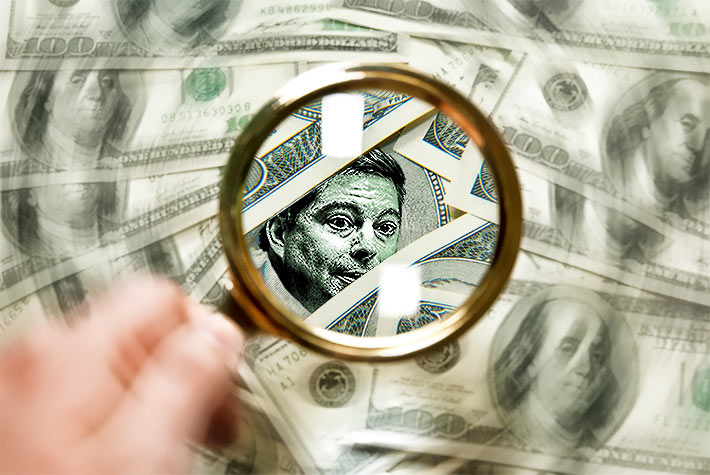 FCC Commissioner Michael O’Rielly said that federal funds for broadband should be seriously scrutinized, and that it makes little sense to direct federal dollars to fund competition

Republican and Democratic lawmakers have been open to the idea of spending $20 billion in broadband funding as part of a $1 trillion infrastructure proposal, as recently reported by Wireless Estimator, but one Republican Federal Communications Commissioner is arguing that the approach has “serious potential drawbacks.”

“For the sake of efficiency and soundness, if new government money has to be included for broadband, it should be done in a way that does not harm competition in the marketplace, prevents bureaucrats from picking winners and losers, is technology agnostic, distributes resources in an effective and efficient manner, and does not undermine the FCC’s universal service high-cost program, Commissioner Michael O’Rielly wrote in his FCC blog.

O’Rielly argued that broadband deployment in the United States is already very good considering the country’s low population density, with at least 90% of residents having access to 25Mbps download speeds

“That doesn’t mean we should rest on our laurels, but it does mean that we should salute the work already done by private broadband companies and address any barriers preventing more extensive deployments, including reducing regulatory burdens,” O’Rielly wrote.

He said it also means that America should redouble its efforts to build out to areas without service or lacking sufficient service today through market-based mechanisms.

“Sadly, I have visited parts of America that are without any option for broadband service.  Getting to work on the FCC’s Remote Areas Fund, as I have called for over the past three years, would be a step in the right direction.”

He believes in discarding old arguments “that are not based on reality or serve as a distraction to our true mission.”

“For instance, continuing to debate the status of U.S. broadband compared to other nations, especially based on misleading rankings like those of the OECD (Organization for Economic Cooperation and Development) is inappropriate.  Simply examining our nation’s vast geography should remind everyone of the difficulty of serving all populated parts.  America isn’t some peninsula or archipelago with a saturation or population density of 100s per square inch.”

“According to the OECD’s latest statistics, South Korea’s fixed broadband penetration subscriptions per 100 inhabitants was ranked fifth compared to the U.S. ranking of seventeenth, but Korea’s population density in 2015 was 519 per square kilometer compared to our 35.  Thus, artificial comparisons to other nations of different sizes and terrains doesn’t serve much value without understanding the contextual situations we face as a nation,” O’Rielly said.

O’Rielly believes that funding, if done in “a haphazard way,” has some serious drawbacks.

Harms to Private Sector – In countless meetings over the last three years, I have heard about the harmful effects of the Obama Administration’s economic stimulus legislation, especially the Broadband Technology Opportunities Program and Broadband Initiatives Program (BTOP & BIP).  While supporters point to miles of fiber laid or anchor institutions connected, they fail to mention what this funding did to the competitors in the immediate and surrounding areas.  When one provider received special funding, it distorted the ability of non-recipients to operate, pay off debt, raise capital, and satisfy consumer interest.  In other words, artificially propping up select companies impacted the ability of others to compete, including growing their networks to unserved or underserved areas, and that doesn’t even include a critique of where grants were provided to overbuild existing providers.  With areas completely unserved or in need of upgrades, it makes little sense to direct federal dollars to fund competition.

Overpaying and Over Subsidization – At its core, the Commission’s high-cost program is designed to limit any subsidy provided to broadband companies to only what is absolutely needed to promote access.  The institution of reverse auctions uses market forces to get providers to compete – thereby driving down the subsidy costs – for particular areas.  On the contrary, grant programs or loan subsidies do not induce any competitive pressure.  This means the Federal government overpays for broadband deployment in these scenarios.

Lack of Coordination – Experience from the 2009 stimulus showed that insufficient coordination was done with the FCC by the Departments of Commerce and Agriculture as they created and operated their programs.  That means that, as bureaucrats were preparing to distribute multi-billions of dollars, they had little to no understanding of the prior and future commitments made by the Commission or how their programs would fit together with the Commission’s data intensive high-cost program.  In the end, the Commission was left to piece together the remnants of what was done by the other agencies in order to prevent duplication and address those areas still in need.

Bureaucrats Picking Winners & Losers – Application-based programs use highly-questionable selective criteria (e.g., points system) combined with human intervention to determine what projects to fund.  This allows non-efficient factors to influence the outcome and cultivates an environment for political gamesmanship.  At a time when so much focus is on reducing undue or improper involvement by D.C. lobbyists and politicians, shouldn’t there be equal concern that any new broadband programs aren’t monopolized by the well-connected?

Technology Discrimination – The Commission has spent the last 18 months ensuring that its program does not discriminate against any technology able to serve consumers. Unfortunately, many broadband programs are designed to be fiber first or fiber only and provide preferences to ensure other technologies do not win any funding or serve any consumers.  This myopic view ignores the development of other technology capabilities and allowances for terrain. Dragging fiber to the top of every mountain may not make any sense in terms of cost, time to build, safety of installers and long term survivability against the surrounding elements.  Alternatively, fixed wireless broadband or satellite may be the most appropriate solution.