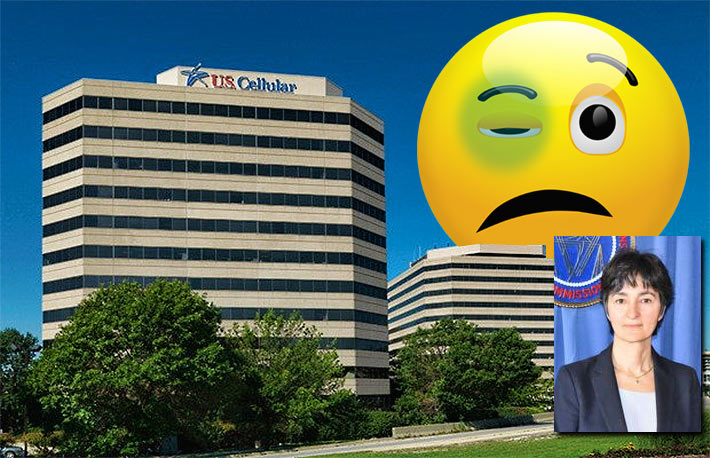 Acting Chief of the Wireless Telecommunications Bureau Nese Guendelsberger will most likely review U.S. Cellular’s auction payment announcement to see if it violated the agency’s quiet period regulations, or if the carrier was correct in following a Securities and Exchange Commission’s requirements.

In announcing on Feb. 16 in a government filing that they had ponied up $327 million in the FCC’s spectrum auction, U.S. Cellular might have violated the agency’s bidding regulations.

Publication of their bid amount could be in conflict with the Commission’s rule that applicants cannot be “communicating directly or indirectly any incentive auction applicant’s bids or bidding strategies to any full power or Class A broadcast television licensee.”

The FCC’s forward auction communications rules state they are in effect “until the results of the incentive auction are announced by public notice.”

U.S. Cellular believes that they were required to file the Securities and Exchange Commission (SEC) 8K report which has to be submitted no later than four days after the triggering event.

At question, if a complaint is filed, is whether an FCC procurement rule trumps an SEC regulation that requires companies to immediately alert their shareholders of any “material financial obligations”.

And spending an additional $327 million for spectrum could be considered “material” for U.S. Cellular with a market cap of $3.75 billion since it would be increasing their $2.4 billion net long term debt by over 13%, and acquiring spectrum may not be done in their ordinary course of business, although they have sold spectrum in the past to Sprint.

Whereas, if AT&T with a market cap of $255 billion had committed to the same $327 million purchase price, they could view the amount as not quantitatively material and might not see the need to file an 8K since their long term debt sits at $11.9 billion and they frequently acquire spectrum.

In its filing, U.S. Cellular said it expects to be obligated to pay for the total committed amount, less the $143 million upfront payment made in June 2016, in the second quarter of 2017.  The company said it expects to make their payment using cash on hand and/or borrowings under their revolving credit agreement.

Bidders had to put up 50 percent of the opening bid price to participate. Initially, about 100 firms and individuals were qualified to take part, but some declined to put up funds to participate, and the bidders dropped down to 62.

In October’s Q3 report, Comcast listed a $1.76 billion expenditure in a new reporting category under investing activities entitled deposits which appears to be a deposit for the auction.

During their Q3 conference call, Jason Armstrong, Sr. V.P. of Investor Relations cautioned analysts, “As a reminder, as part of the FCC’s anti-collusion rules for the broadcast incentive auction, we cannot discuss or answer any questions related to the auction or spectrum today.”

U.S. Cellular’s Q2 report did, however, identify their $143 million payment, listing it as “Federal Communications Deposit”.

“Specifically, the Wireless Telecommunications Bureau is waiving the rules prohibiting communication between parties of any incentive auction applicant’s reverse auction bids or bidding strategies. Broadcasters have asked for this waiver in order to make it easier for television stations to engage in planning and coordination for the post-auction transition. I look forward to working with broadcasters and wireless carriers going forward on further steps to ensure a smooth post-auction transition,” Pai said in a statement.

However, the waiver doesn’t allow bidders to disclose their bid information until the close of the assignment phase at the end of March.

No complaints against U.S. Cellular’s announcement have been made publically, but it’s likely that Nese Guendelsberger, Acting Chief of the Wireless Telecommunications Bureau, will be assessing whether the carrier violated the auction rules.

She has been active in previous bureau auctions and served as Chief of the Wireless Telecommunications Bureau’s former Spectrum and Competition Policy Division for over six years.

It’s possible that the FCC could find that U.S. Cellular making available its total bid amount does not present an actionable violation of its rule since it doesn’t present the carrier’s market interests.