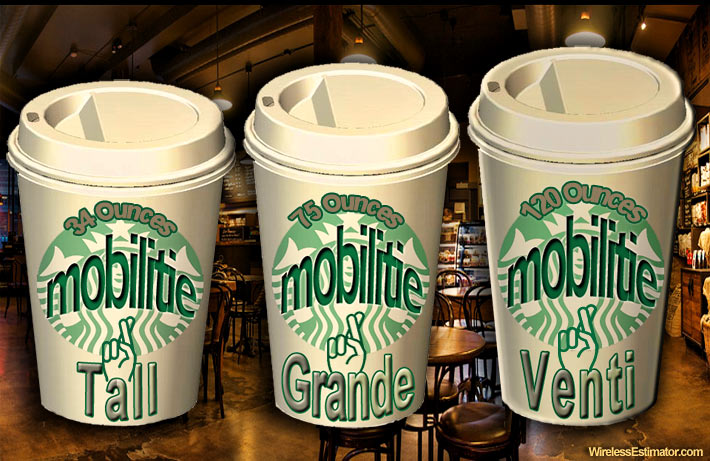 In retail, it would be absurd to show product sizes where the largest offering didn’t dwarf other options, but when Mobilitie presented their structure submissions to Orange County, Calif. they took exception to the rule.

Distributed antenna systems provider Mobilitie, whose national focus is to provide Sprint with sites in community rights of way to assist in densifying their network, recently made a presentation to local government telecom officials in Southern California at the States of California and Nevada Chapter of the National Association of Telecommunications and Advisors (SCAN NATOA). 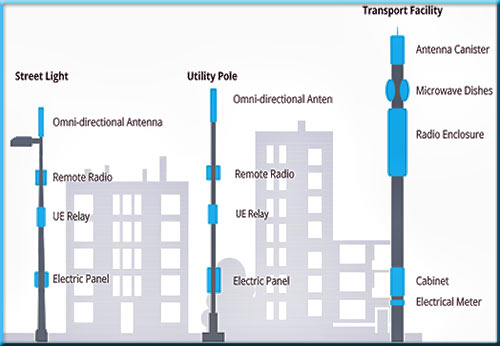 In Mobilitie’s presentation, the company provided illustrations of the structures they will be installing in Orange County, Calif. However, Dr. Jonathan Kramer believes that the graphic is disingenuous since the three structures grossly misrepresent the heights that Mobilitie typically provides for those structures: 34’, 75’ and 120’.

Mobilitie, in its presentation, provided pervasive Cisco data trends detailing consumer consumption and the expected need for smart cities and connected communities to prepare for everything from monitoring recycling stations to providing adequate coverage for those enamored with Pokemon GO.

They also stated that in Orange County they are projecting a build out during the next 14 months of 173 small cell replacement poles, 97 new small cell poles and adding 347 small cell attachments as well as the erection of eight new transport poles.

To favorably capture the attention of officials, Mobilitie said their build out would be investing $57 million in the county and it would provide an additional 95 jobs as a result of their small cell deployment.

And although Dr. Jonathan Kramer, an attorney whose practice involves wireless siting and telecommunications law, doesn’t dispute those statements, he does take exception to Mobilitie’s level of accuracy regarding their graphics when planners are asked to consider projects that affect community aesthetics.

Kramer, who was in attendance at the meeting, believes that Mobilitie’s graphics, “regardless whatever their intent in presenting it, ends up being quite deceptive” by the lack of internal and external scales both for height and width in showing what a street light, utility pole and transport facility will look like.

“In my mind, the key point is that local governments and their constituents have a fair right to demand a reasonable level of accuracy when asked to consider projects that will impact their communities.”

His comments can be viewed at How a Key Mobilitie Graphic Spins a Not-so-Tall Tale, in addition to his graphics showing the structures that are presented by Mobilitie in comparison to the actual sizes that will be built.

Verizon and T-Mobile also provided SCAN NATOA with presentations as to how partnerships can be helpful in addressing siting issues.

Mobilitie has become a lightning rod for a number of siting activists. In January, an end run around municipalities by AT&T to make ROW siting easier in Pennsylvania ended up keeping Mobilitie from installing their DAS systems.

A Florida official said that Mobilitie was creating pole pollution.

On Dec. 22, the FCC said it was seeking comments regarding streamlining its wireless siting policies, an effort by the Wireless Telecommunications Bureau (WTB) that stems, in part, from a petition for a declaratory ruling filed by Mobilitie, LLC titled: “Promoting Broadband for All Americans by prohibiting Excessive Charges for Access to Public Rights of Way (PROW).