House subcommittee on communications and technology members seemed satisfied with the progress of FirstNet and its contractor AT&T during a hearing this morning. 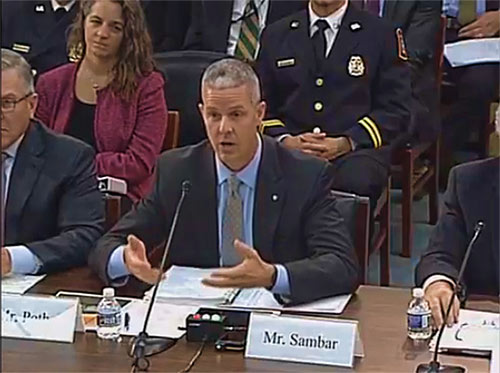 Chaired by Rep. Marsha Blackburn, committee members appeared to accept that there should be only one core for the nationwide Public-safety broadband network (NPSBN).

Verizon and others have lobbied for additional public safety network cores that would interoperate with AT&T’s public-safety core.

“Interoperable cores feeds into your question,” he said. “Part of the strength of the network is reducing seams and vulnerabilities. If you try to introduce additional cores, it creates seams.”

Regarding whether FirstNet and AT&T are meeting rural buildout schedules as required in the agreement, providing for the need for a 15 percent geographic partnership with existing rural telecom providers, Sambard said AT&T is confident that it will hit that target and sees a 20% or more mark as being reasonable.

FirstNet CEO Michael Poth said AT&T is required to identify rural telecom partners in each state, and FirstNet will measure AT&T’s progress against that requirement, but he circumvented Rep. Doris Matsui’s question as to how that is being verified.

“We have been for the last three years … working with all the states to understand their coverage, their perception of coverage and what the actual coverage they believe,” he said.