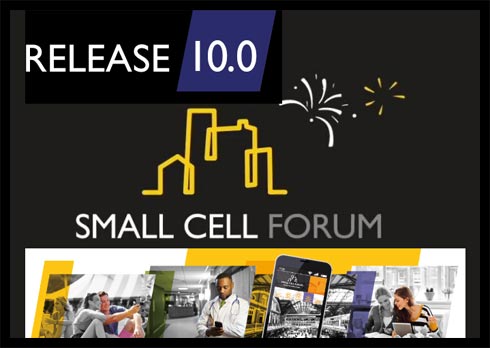 undertaken by Rethink Technology Research. The survey questioned operators’ deployment plans and business drivers for a dense HetNet, as well as the barriers they expect to have to overcome.

The results showed that densification has begun in today’s LTE networks and will intensify in the 5G era, enabled by profound changes to the architecture and economics of small cells. SCF forecasts that between 2015 and 2025, new non-residential small cell deployments will grow at a compound annual rate of 36%, to reach almost 8.5 million, and by 2025 deployments will be 22 times higher than in 2015.

The research also provides an insight into operator’s densification plans, with 40% of operators expecting to deploy between 140 and 480 small cells per square smile (indoors and outdoors) in the areas they densify by 2020. Additionally, in the first 2-3 years of deploying 5G New Radio, 58% expect to focus primarily on small cells. The research also shows that the industry is already seeing acceleration of deployments in the Enterprise, where small cell deployments rose by 98% between 2015 and 2017, and are set to grow by up to 1600% from 2015 to 2025.

SCF also today published Release 10, a collection of documents, presentations and videos that present the organization’s vision for the 5G era. This collection is a response to the requirements the Forum spent the summer collating resulting from regional and partner events in India, North America and Latin America. SCF listened to input from operators, across the various geographies, on their key challenges and created a work program designed specifically to resolve the key issues raised.

Release 10 represents a significant shift in the work SCF has produced to date. Where previous releases have focused on network functionality and engineering, this provides a more accessible format for all levels of organization, including presentations and infographics. SCF’s continuing commitment to ‘digitize the enterprise’ is also reflected as it expand its enterprise campaign into healthcare sector with a detailed guide and business case.

“The industry is seeing explosive growth in the number of small cell deployments, which provide the densification solution to grow today’s LTE networks, as well as providing a fundamental building block for tomorrow’s 5G deployments,” said David Orloff, Chair of Small Cell Forum. “This research shows the confidence and emphasis that operators around the world are placing on the technology, and we at the forum are actively collaborating with both them, the vendor community, and other industry associations to avoid fragmentation and accelerate the shift to true next generation networks and the enhanced connectivity they will bring.”

The full research report and Release 10 documents are available for download from scf.io.