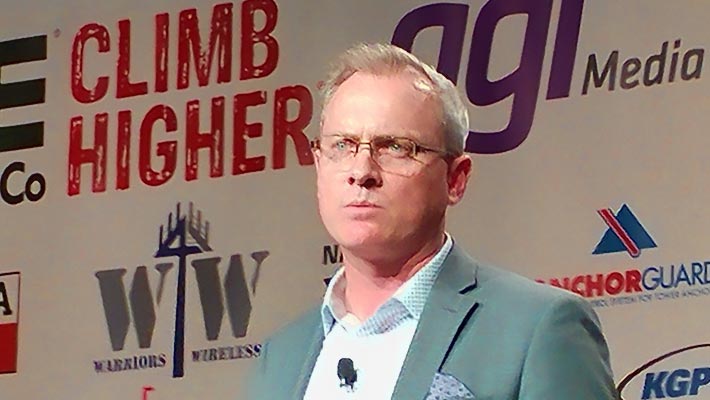 T-Mobile Senior Director of Technology & Engineering Policy John Hunter made the announcement of the carrier’s generous contributions to the Tower Family Foundation and Warriors 4 Wireless at NATE UNITE 2017 in Fort Worth, Tex.

All carriers and tower owners support the need for a safe environment for tower techs, but T-Mobile has unfailingly gone the extra mile in its deeds and donations.

The un-carrier, consistently ranked for having the nation’s fastest 4G LTE network speeds for its 72-million-plus subscribers, has quickly and deservedly captured a reputation for having the greatest concern for the safety of the niche  group of infrastructure workers who they partner with on a daily basis to make them successful – tower technicians and other field personnel.

T-Mobile recently sponsored the National Association of Tower Erectors’ keynote session at their Fort Worth, Tex. conference where almost 900 attendees witnessed an emotionally raw account by Navy SEAL Marcus Luttrell who told the ‘Lone Survivor’ story of how his team members were ambushed and killed with one of them dying after being shot in the head as Luttrell was carrying him to safety.

Appreciating the assistance that Luttrell was given after returning from armed conflict, both emotional and physical help, T-Mobile recognized that many tower techs that are injured while performing their service to the industry require an equal amount of assistance following a severe accident and the carrier has been a key contributor to the Tower Family Foundation.

The charity was established to help provide financial assistance to family members of a severely injured, permanently disabled, or deceased tower worker injured or killed in an accident stemming from working at heights on communication structures or other on the job related activities that tower workers are involved in on a daily basis.

T-Mobile, a founding donor that continues each year to support the foundation’s mission, announced Wednesday that in 2015 they contributed $20,000 through proceeds from their National Development golf tournament, and $60,000 in 2016.

It is anticipated that additional tower owners and state associations will contribute throughout 2017.

However, the carrier takes their gifting a step further by being active in initiatives for worker safety. 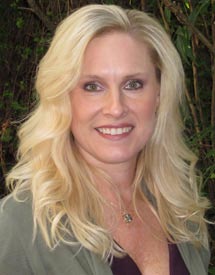 T-Mobile Senior Manager, National Tower Safety & Operations Heather Gastelum is active in NATE outreach programs as well as serving on the Board of Governors of the National Wireless Safety Alliance where she assisted in a multi-year effort to introduce the Telecommunications Tower Technician certification program.

Also assisting in T-Mobile’s safety initiatives and ensuring that T-Mobile is committed to veteran career opportunities, is John Hunter, Senior Director of Technology & Engineering Policy where he is responsible for regulatory and policy matters associated with electromagnetic spectrum development and acquisition.