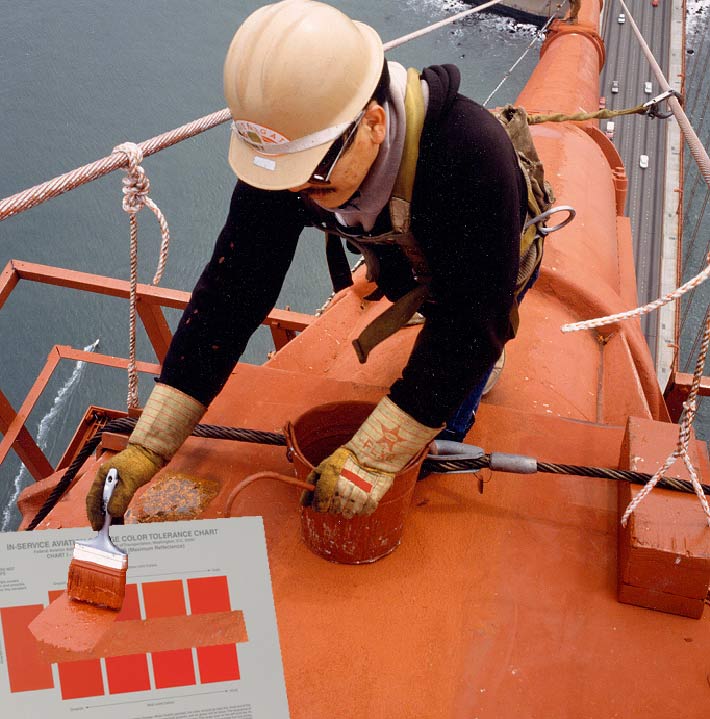 After a 10-year effort to improve public safety communications in Douglas County and Highlands Ranch, Colo., erection of a 150-foot public safety radio tower began yesterday morning after sales and use tax funding became available and a private developer said it would assist in providing a location for an artistic structure – a monopole with two side-mounted omni antennas gingerly cradling an FAA obstruction light with two poles leaning against it.

Erection of the tower began yesterday morning. An artist’s rendering of the structure is pictured above.

However, it wasn’t the pick-up-sticks-like faux structure that caught the public’s and media attention yesterday, but the color of the tower – the same color as the Golden Gate Bridge.

A CBS 4 reporter gushed over the uniqueness of the color and local media reports stated that the painted structure will denote the focal point of the new Highlands Ranch Central Park development, bringing a touch of San Francisco to Douglas County with the iconic tower.

But the distinctiveness of the color isn’t unique and is seen throughout the nation many thousands of times since it’s highly conspicuous Aviation Orange, which may have been required to meet FAA regulations.

The Central Park tower, which will not be wrapped in fog 70% of the time, will cost about $1.8 million, according to Douglas County documents. Sheriff Tony Spurlock said in a statement, “It completely disguises an emergency-responder radio tower, and provides an artistic and cost-effective alternative to the typical tower design.”

Spurlock said that the tower will improved public radio coverage in and around Highlands Ranch by 325%.

The Golden Gate Bridge is named not for its hue, but for its location. It’s built above the Golden Gate Strait, the entrance to the San Francisco Bay from the Pacific Ocean.

Although both structures are similar in color, when it comes time to repaint the Highlands Ranch tower it would most likely be done in a day or two.

But the Golden Gate Bridge requires many full time painters to maintain the structure’s 10 million square feet of steel, requiring up to 10,000 gallons of paint to be used every year.