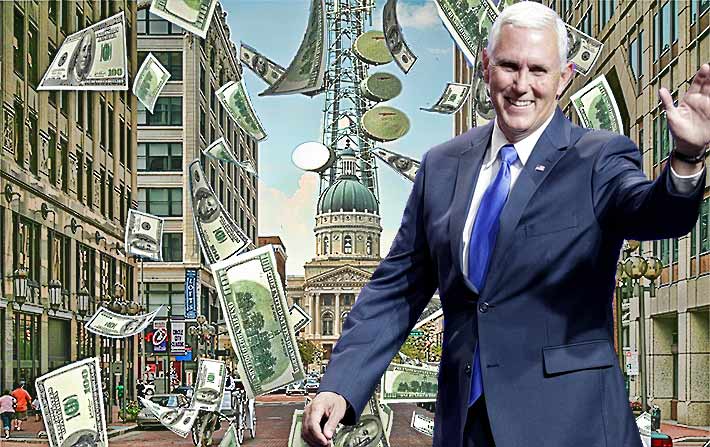 When he was Governor of Indiana, Mike Pence struck a deal with Agile Networks to allow them to lease the state’s communications assets for $50 million. The agreement was expected to yield the state $260 million over the next 50 years, but was terminated today by the Indiana Finance Authority.

Indiana Governor Eric Holcomb announced today that the Indiana Finance Authority has terminated contract discussions with Agile Networks which struck a tentative deal last September with the state to lease its communications towers while Vice President Mike Pence was Governor.

As reported at that time by Wireless Estimator, Agile and Pence said that negotiations had been finalized for an agreement that will license the state of Indiana’s communications infrastructure to Agile. The Indiana Finance Authority board approved the agreement, pending review by the state’s legislative budget committee.

After canceling the deal, Holcomb said he has asked the Office of Management and Budget staff “for an assessment of how to move forward and come up with alternatives we want to pursue, including rebidding.”

Holcomb said he would make a decision by the end of the first quarter on how to proceed.

Ohio-based Agile was required to put up $50 million to Indiana for a 25-year lease on their communications assets. Agile also agreed to pay the state an undisclosed amount of their revenues, and could request to extend the agreement for another 25 years but would need to make an upfront payment of $10 million and share revenue with the state at a higher rate.

The agreement was expected to yield the state $260 million over the next half-century.

In a letter both associations stated that “it is clear that IFA has focused so intently on the short-term financial rewards of this transaction, that it failed to consider and understand the many consequences that will result from pursuing a policy of this nature. The ramifications will be long lasting and certainly more critical than financing bicentennial projects.”

Earlier last year, Ohio’s Department of Administrative Services authorized Agile to sublease space on up to 82 state-owned communication towers that form part of the state’s Multi-Agency Radio Communications System. In what was described as a sweetheart deal, the lease options accorded Agile allowed them to keep the revenues and not have to pay the state one cent.