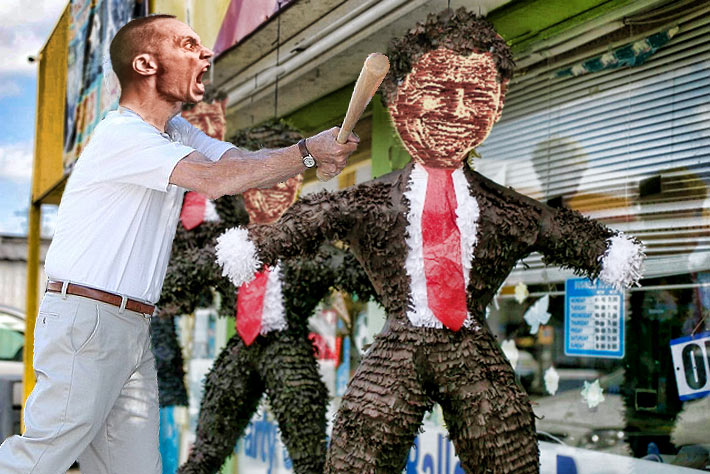 A healthy clubbing of a Mobilitie CEO Gary Jabara piñata might reduce zoning officials’ stress when they wake up to unpermitted DAS structures pin-cushioning their rights of way. However, following a report by Event Driven, the next piñata might be be a caricature of Sprint CEO Marcelo Claure.

A humorous anecdote heard in siting corridors is that distributed antenna system (DAS) providers are secretly funding Mobilitie so that they can look good in comparison since the California-based developer is well-known for installing DAS poles in community rights of way without getting permission.

Their typical answer, when discovered, is that there was a misunderstanding with a zoning or permitting department and they would be happy to resolve the matter with officials.

Although their repeated infractions cast a net over the entire industry, their primary client, Sprint Corp., was never tarnished by association since Mobilitie also worked with other carriers. 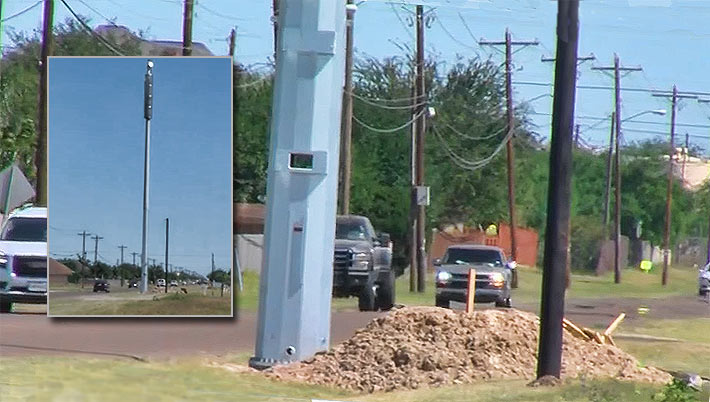 This DAS pole was erected in Texas less than three feet from the road in late March. Building officials had it removed.

According to news analysis and market intelligence website Event Driven, Sprint appears to have been complicit in providing Mobilitie permission to commence construction on “mini macro” and “monopole” wireless site installations “without necessarily securing certain build prerequisites,” and the carrier along with Mobilitie knew that they were “breaking the process.”

The memo obtained by Event Driven, in part, said, “As you know, we initiated a trial in Feb across both the mini macro and monopole programs which concluded at the end of March. The trial granted Mobilitie permission to commence construction without necessarily securing certain build pre-requisites.”

What was troubling to a number of industry professionals who read the memo, was Sprint’s statement that “…allowing sites to commence construction without fully completing regulatory compliance (power design, NEPA, SHPO, etc.) increases the weekly rate of sites commencing construction, however, the findings of the trial showed that ‘breaking the process’ to facilitate this, created downstream issues which also constricted the securing all regulatory approvals exposes both Sprint and Mobilitie to reputational risk with enjoying any tangible on-air benefit.”

The Sprint engineering internal memo, if accurate, will most likely change how the FCC views Mobilitie’s and Sprint’s credibility in any comments they might make regarding the agency’s recently released WT Docket 17-79, Accelerating Wireless Broadband Deployment by Removing Barriers to Infrastructure Investment.

The notice of proposed rulemaking was not a result of WT Docket No. 16-421, Streamlining Deployment of Small Cell Infrastructure by Improving Wireless Facilities Siting Policies, initiated by Mobilitie.

FCC Senior Communications Advisor Neil Derek Grace informed Wireless Estimator that Mobilitie’s docket asked a different set of questions and it remains open, and the agency had no comment on what they will ultimately do with it.

Mobilitie’s most recent brush with permitting violations occurred in Peñitas, Tex. where they did not obtain a permit for the location where a monopole was installed, approximately three feet from a major road, and city officials required them to relocate it.

According to a statement released by the city manager, Peñitas did not grant a construction permit for its installed location.